It’s been a while since I wrote the latest episode of my decade in review series, but we’ve now arrived at 2017! 2017 was a phenomenal year, but it started pretty poorly. Although everything should’ve been great, I remember life feeling pretty grey.

I decided to start training for a half marathon and signed up for the Palestine half mara, something I’d wanted to do for years. I ran four times a week and was incredibly pleased with being able to track my progress. It was the first sports event I signed up to in what felt like pretty untypical me, so in many ways, it was a big deal. 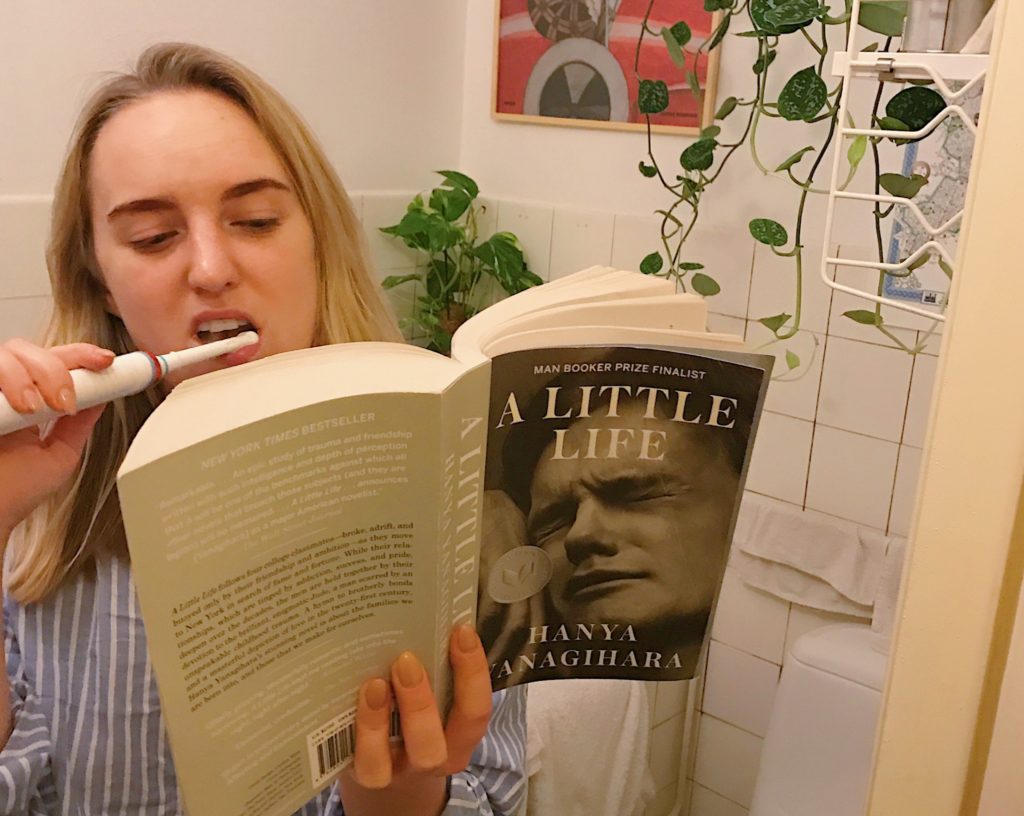 We read A Little Life in the book club and I was completely consumed. I struggled to turn the lights off at night and I remember dreaming about the characters once I eventually did.

Meanwhile, my social anxiety was off the charts. I would accept invitations to events only to turn around on my way in, or hide in the loo if I actually managed to get myself in there. I remember having panic attacks before having friends over for dinner and then agonising for hours afterwards about things I’d said or done. I tried to get my anxiety under control by going sober for three months as I prepped for the half marathon. It probably did help, but it was still really bad.

And finally, in early February, A and I broke up. Looking back, I sort of wonder what took us so long. I think both of us wanted it to work for the wrong reasons and it just didn’t work at all. 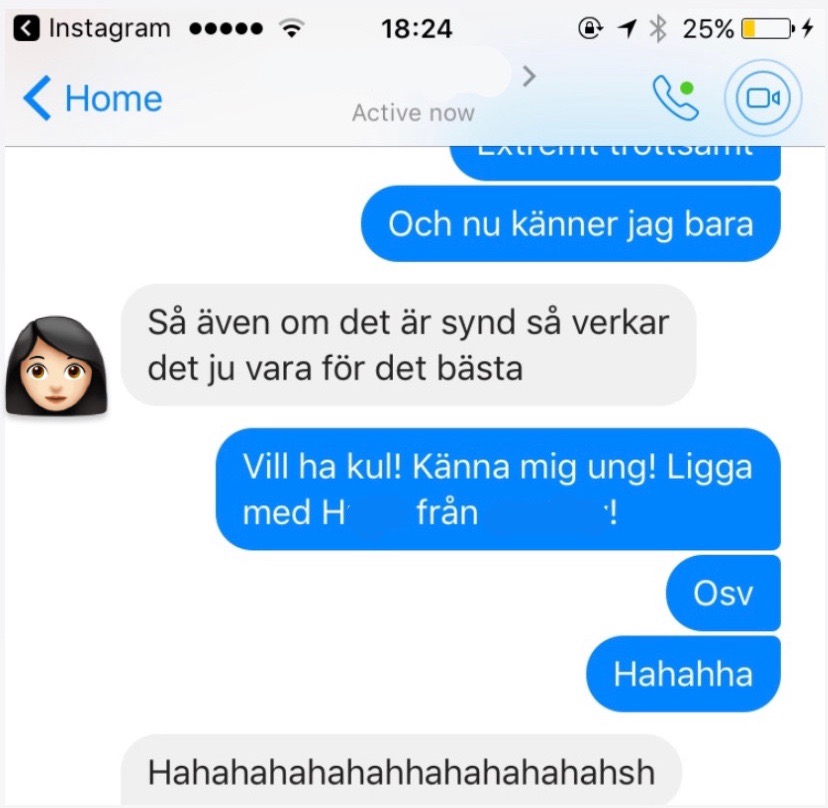 My girl mates were ever supporting and I felt that all I wanted now was fun and to feel alive. As you can see in the above text conversation from February 2017, ”fun” included the idea of this one guy at work who is now known in this blog as ”H”. He was still very much on the periphery, but our conversations always made me feel very alive so I’m not surprised that he came to mind when I thought of ways to feel like I was full of life itself.

On my first weekend following the breakup I went for a long run and then to Kallis for the first time ever. This is also pretty significant, because Kallis has since become a big thing in my life.

Work was as busy as ever, and soon after the breakup I went to a press trip to London, followed by a ten-day work trip to Austin and SXSW. It could not have come at a better time. 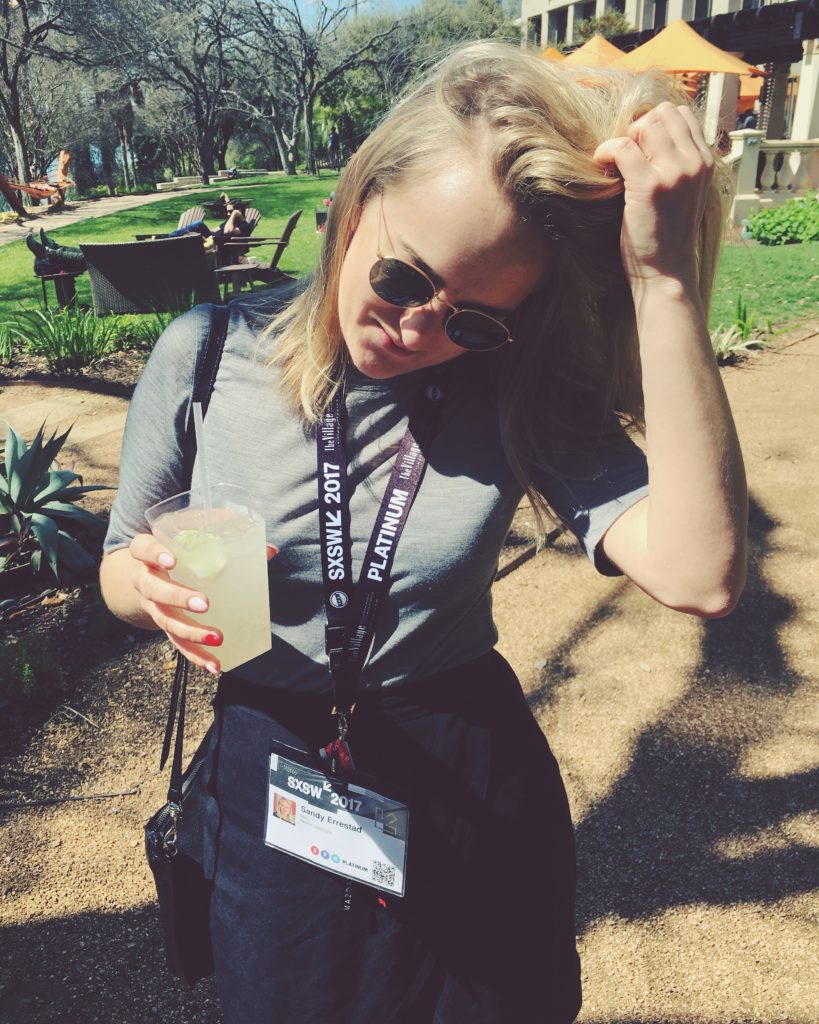 SXSW was a wild experience and apart from work it also included dates with real-life cowboys (!) and a Snoop Dogg show at Reddit’s party for 50 guests only. I was the only one going from my office, so I was far outside my comfort zone and somehow that seemed to help with my anxiety.

I came back to Malmö after two weeks away, A had moved out, and the plant I thought was dead had started sprouting. It felt like a phenomenal sign. 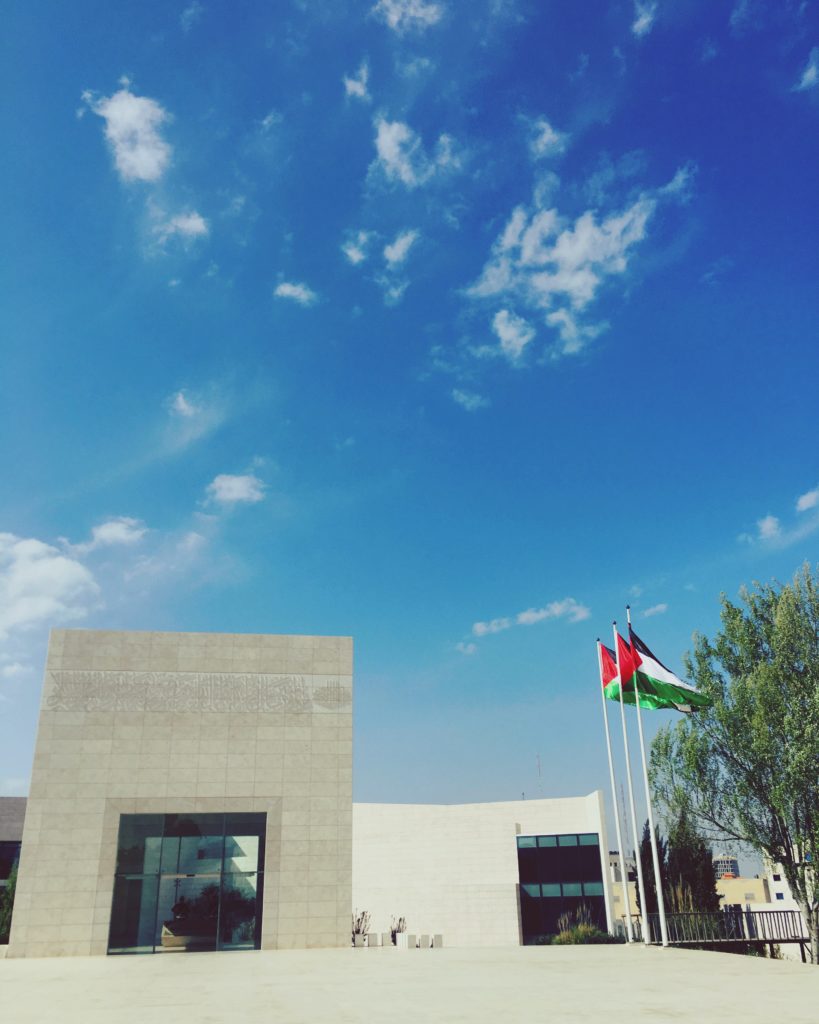 And a few weeks later it was time for me to head to Palestine! I had prepped for the half mara but ended up having bronchitis on the day, so instead I walked the 10k with a friend who lived in Jerusalem at the time.

A and I was meant to go together but obviously we ended up going separately. It was my second solo trip in just a few weeks and I had a phenomenal time. I stayed at Banksy’s Walled Off Hotel and other local hostels in Bethlehem, Jerusalem and Tel Aviv. I met with old and new friends and felt like I got to know myself all over again. I don’t think I would’ve intentionally gone on a solo trip like that, but it was great and just what I needed.

While in Palestine I also did my first big international press announcement completely solo. This was a big deal to me and I was very proud of how happy the client was. I wasn’t planning on doing any freelance work, but after doing that first announcement I realised that I was in a position to not only do it but to do it really well. I would do go on to do quite a bit of freelance work throughout the year.

Meanwhile, I also started to get public speaking enquiries. This sort of baffled me and I was pretty scared, but decided to do it anyway. And it was great! Throughout the year I’d speak at Gothenburg Teck Week, Sony, Media Evolution, and more. 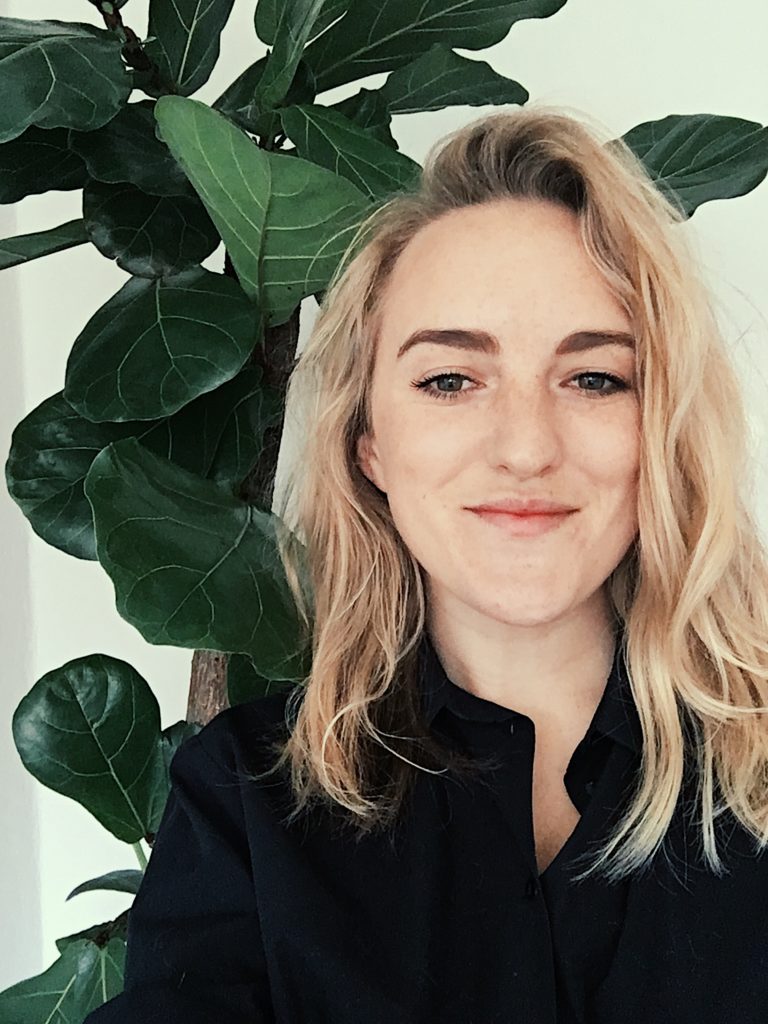 I bought an 18-year old tree for my flat, which is to this date the most expensive thing I’ve ever bought (property aside). Still love it though.

Nicole and I went to Istanbul for a long weekend and had an epic time. We stayed at Soho House and essentially didn’t really leave the hotel other than when we were dying for a pool. That trip to Istanbul was like the culmination of what had been the best spring of my life.

And it was about to get even better! In June I signed the papers to buy my first piece of real estate, a wonderful one-bedroom flat in Kirseberg. I was over the moon excited and couldn’t believe my luck. I went from renting to being a house owner and somehow my living costs went down in the process.

And then summer came. H and I eventually went on a first date, and then a second, and then a third, and then all of a sudden we were hanging out or texting most of the time. It baffled me a bit, I was loving my single life and wasn’t at all looking for a relationship. At the same time, I thought the risk of us entering a serious relationship was pretty low given our different life situations, so I didn’t really see a reason for us not to hang out. I was convinced it wouldn’t turn into anything serious anyway, which I thought was perfect.

I went to Greece with my sister and her two kids for a week. We travelled there the night after the Kos earthquake and got to experience the aftershocks in what were quite a few scary events. Other than that it was a great week and I spent most of it reading, playing tennis, and, of course, texting H. 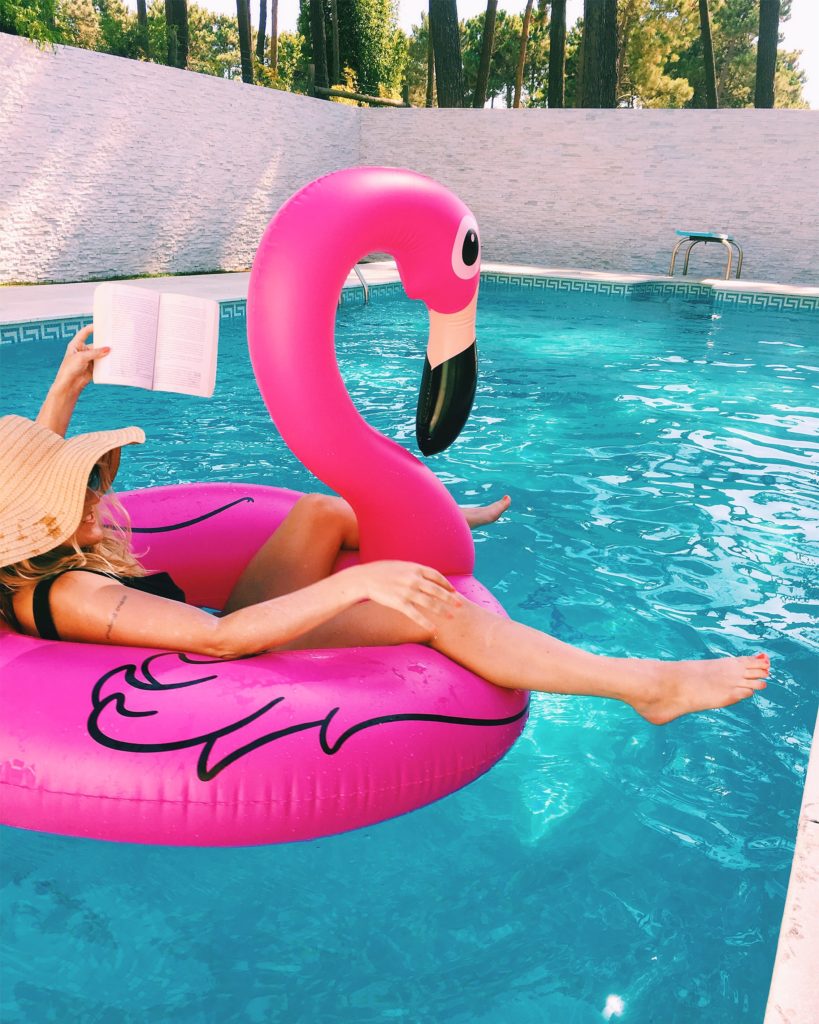 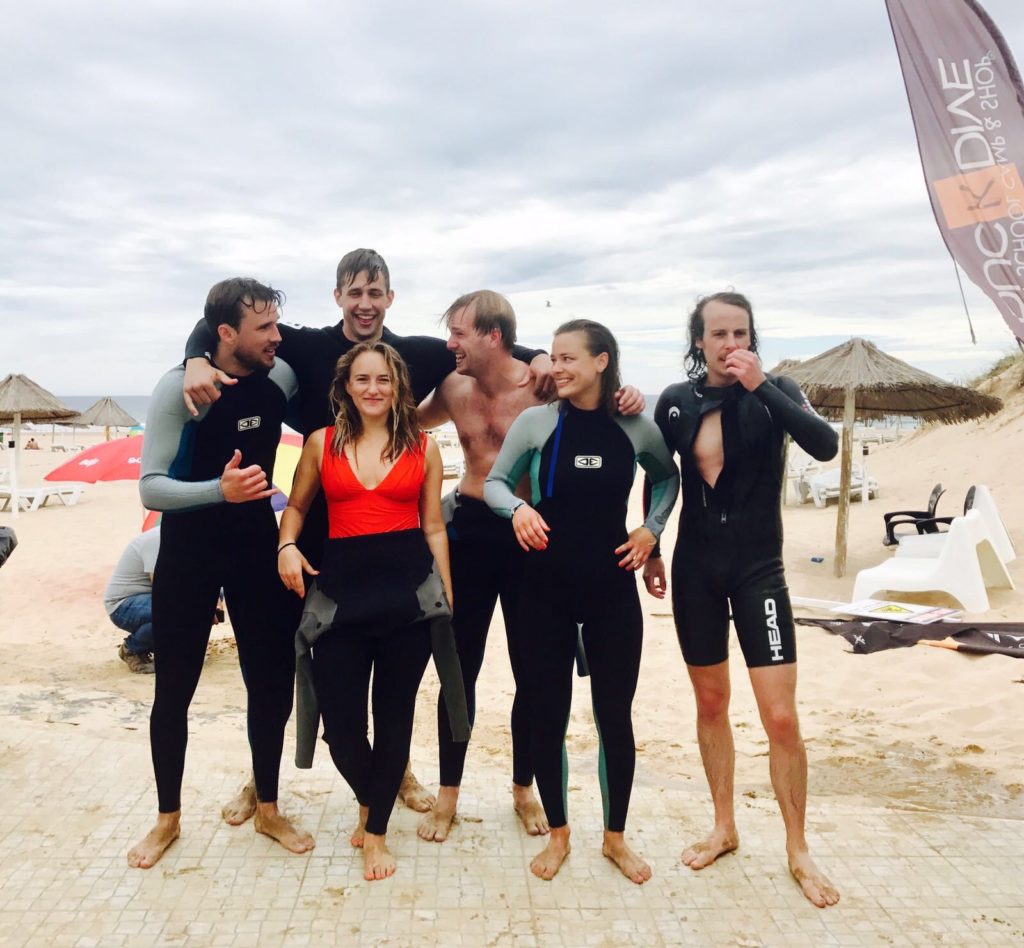 The day after I got back from Kos I flew with a group of friends to Portugal. Looking back now it seems insane that I travelled so much. Very different times indeed. In any case, we had a lush week in Portugal, we had rented a big villa and went surfing, made amazing food and 5 o’clock drinks every afternoon.

I moved into my flat the day after I came back from Portugal and filled the entire place with plants. I didn’t have a sofa for months so for a long time it was just plants, books, and a carpet in the lounge. And Katten of course.

After having dated H for more than three months I finally agreed to go to his house. I thought it was very odd that I was seeing someone who not only had three children, but also lived in a massive house. It accentuated what different lives we were leading, and I essentially thought that it made us incompatible in the long-term. I initially very much liked that since I wasn’t keen on entering a new relationship, but after three months of speaking constantly that thought wasn’t so pleasant anymore. So I took a deep breath, tried not to freak out, and went to his place. I remember thinking it was very scary indeed, but picking berries from his garden the next morning made it a bit better.

Six months after I was meant to do the half mara in Palestine I did one in Copenhagen instead. It was hailing and raining and it was the most painful thing. I’d already run a half mara on my own back in May, but doing a race was something else.

I went to NYC for work in October. The idea of moving to NYC was still at the back of my mind and I started wondering whether there was a way to strengthen the relationship between Malmö and NYC for the benefit of Malmö startups that wanted to launch in the US. I pitched the idea to work who thought it sounded interesting, so I went. 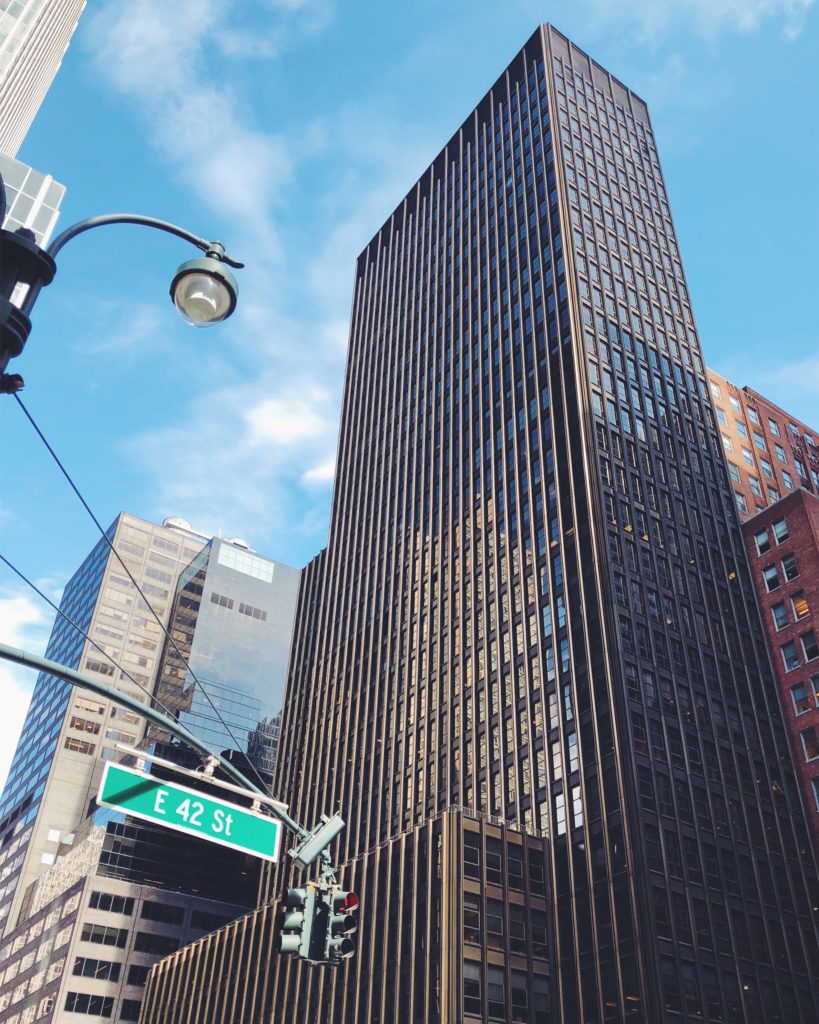 It was a great week with lots of meetings that unfortunately didn’t really result in anything. I wouldn’t move to NYC with the company I worked for then, but little did I know at the time that exactly one year later I would move to NYC with Mapillary.

Work was intense and me freelancing and doing lots of public speaking on the side didn’t exactly help. Still, I loved work and the kick of it. I often felt invincible, which I now think was so naive and, well, ironic considering how exhausted I was most of the time.

Zemika and I went to Copenhagen for a much needed weekend break with lots of wine and great literature. I was exhausted. I’d sleep for ten hours every night and somehow I never felt well-rested. I decided to take two weeks off for Christmas and bought H and me tickets to go to Barcelona for this 40th.

Barcelona was great, but it would’ve been even better if I hadn’t come down with a fever pretty much as soon as we got on the flight. My body was exhausted from what had been a wild and stressful year. Still, 2017 was one of my best years ever.