I’ve heard enough ”in times like these” to last me a lifetime over the past few months. Even so, ”in times like these” you don’t really expect a baby shower. I don’t think I would’ve expected a baby shower even in normal times. There’s something beautiful about celebrating the arrival of a new human into the world and one’s community, and it’s something that’s done across all cultures and something that has been done for millennia. However, there’s also something very gluttonous about how the western world—spearheaded by the US—is commercialising the birth of children and showering unborn children with lavish gifts that are just a bit… Much. I’ve really tried to exercise self-control when it comes to buying Baby B stuff, and somehow he still has way more than he actually needs. So, my own attitude towards having a baby shower has been a bit of a mixed bag. 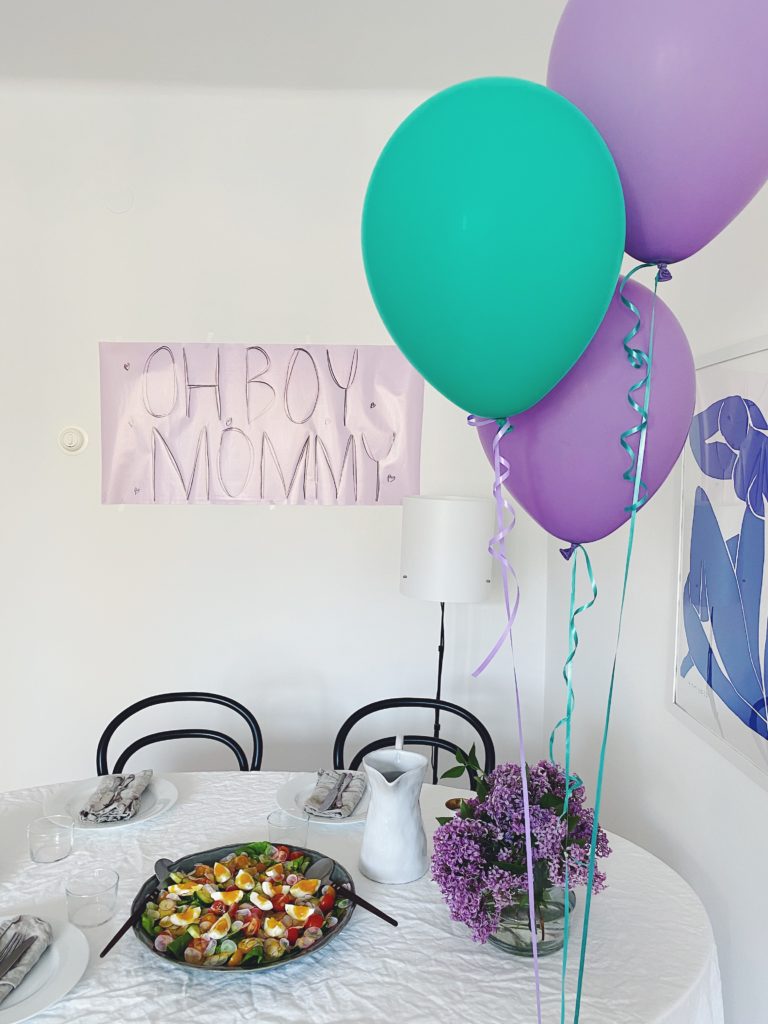 With all this in mind, I’m sure you can imagine how touched I was yesterday when I was surprised with a wonderful little mini shower by Katrin and Madelen, two of my colleagues. They had summoned me for a rare in-person work lunch at Madelen’s and I showed up expecting, well, a work lunch. Instead, they had prepared a shower with everything from fizz to presents to cake to baby-related workshops (!), somehow without it feeling even a tiny bit gluttonous or over the top. It was perfect. 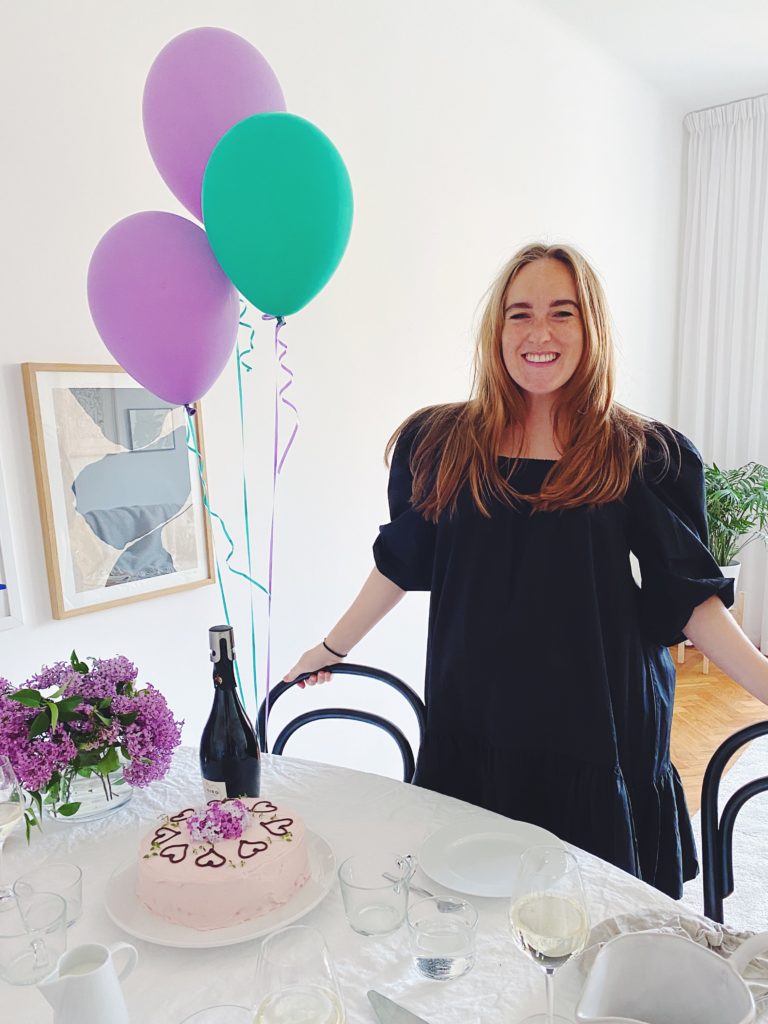 Katrin, who is known for her incredible cakes, had made ”the world’s best chocolate cake” and I’m pretty sure it was. 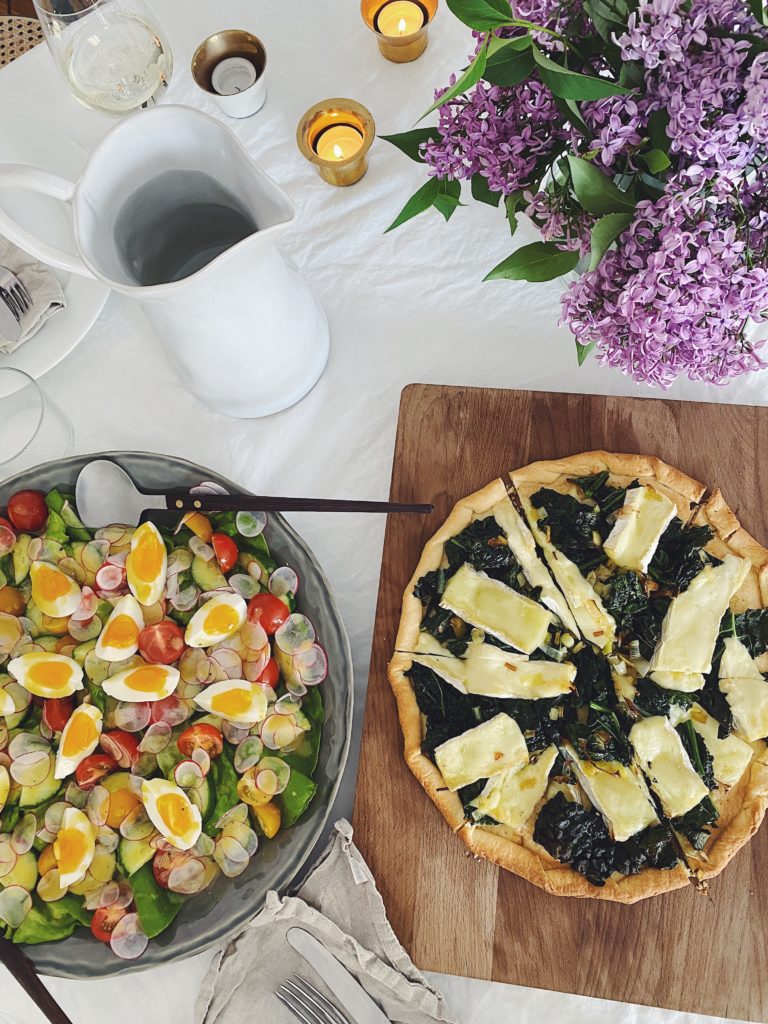 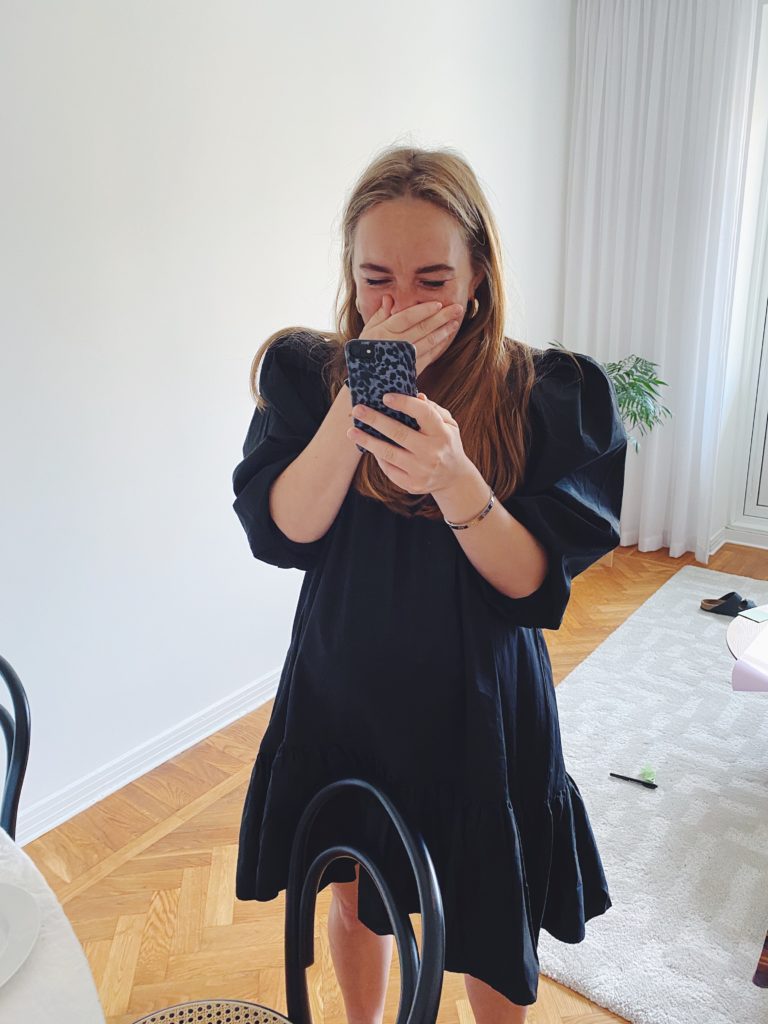 They’d somehow managed to pin down several of my best friends who are scattered across the world and had them send messages for me and Baby B. 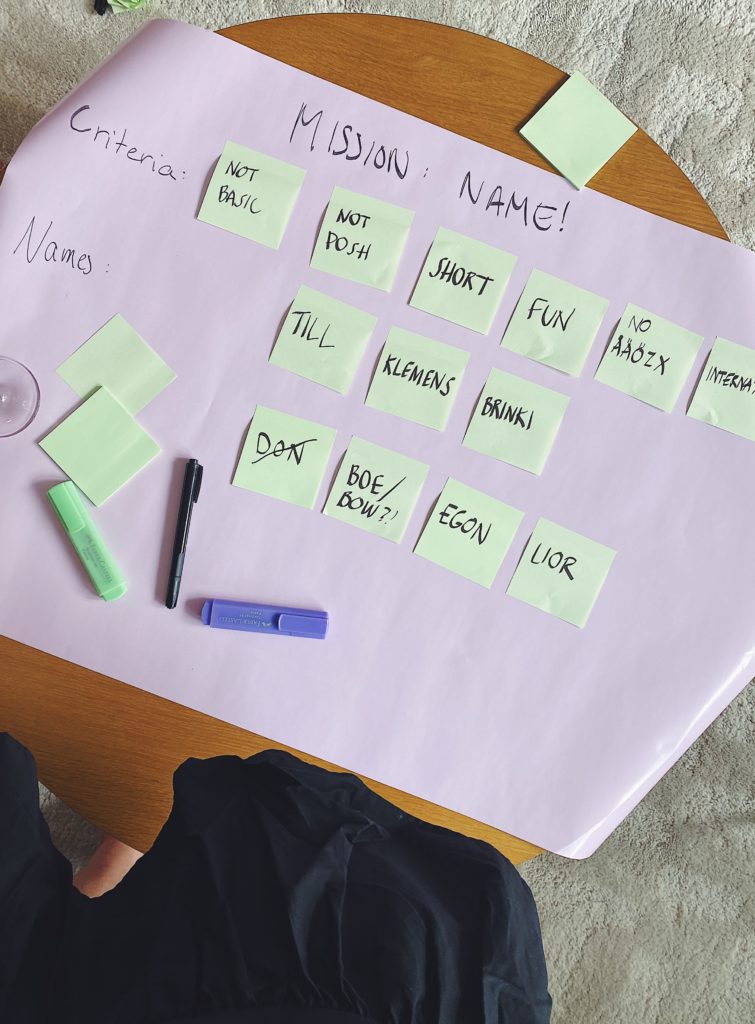 We even did a baby name workshop! We’re still not 100% set on a name (even though we’ve called him the same name now for five months) so this was much needed and appreciated. I still think we’ll go with the name we’ve used for the past five months, but let’s see. 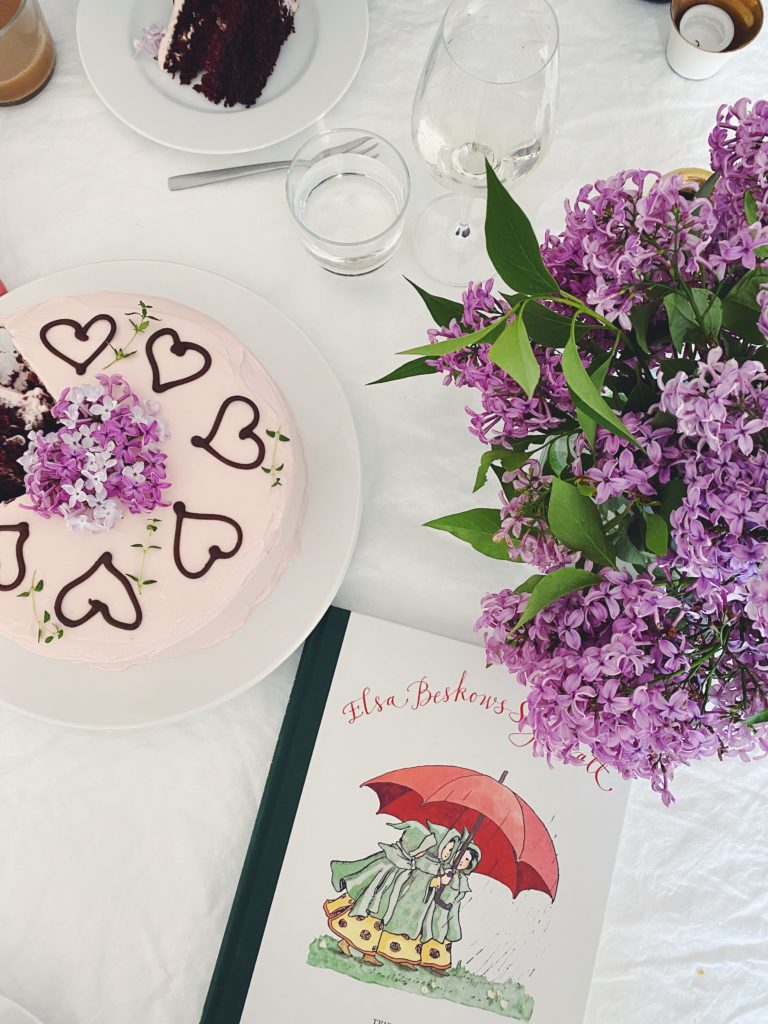 And they’d somehow picked up on me saying that the only thing children can’t have enough of in terms of presents are books (god, aren’t I the most fun mum EVER) and so Baby B got his first Elsa Beskow book <3. 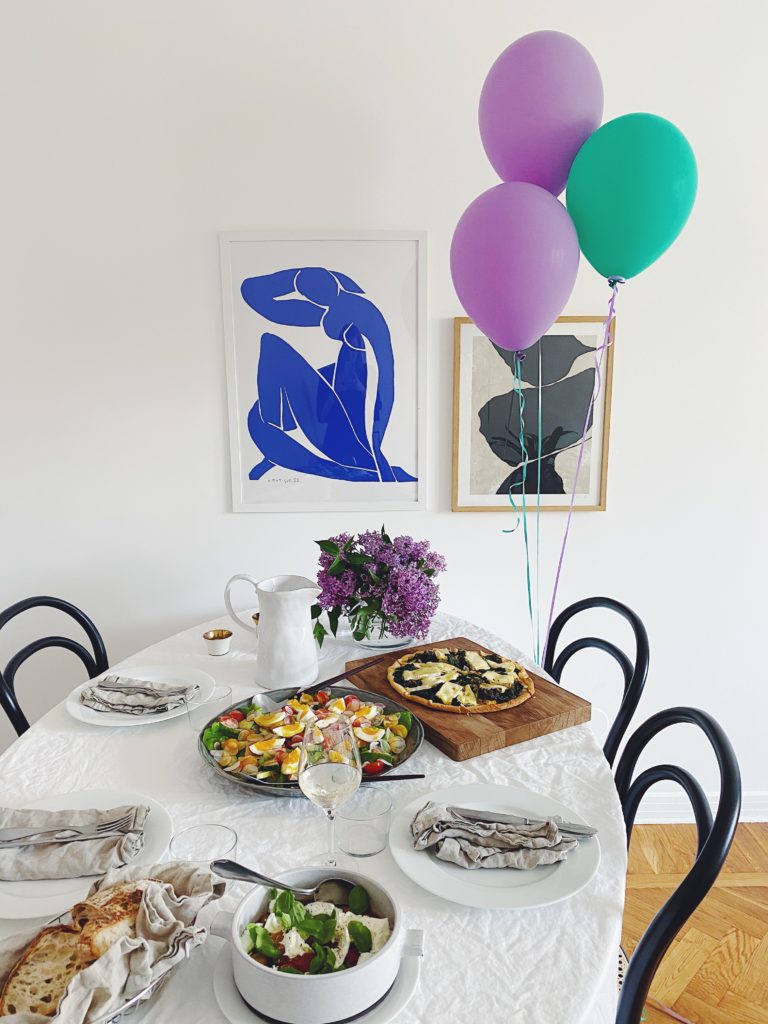 It was absolutely perfect. 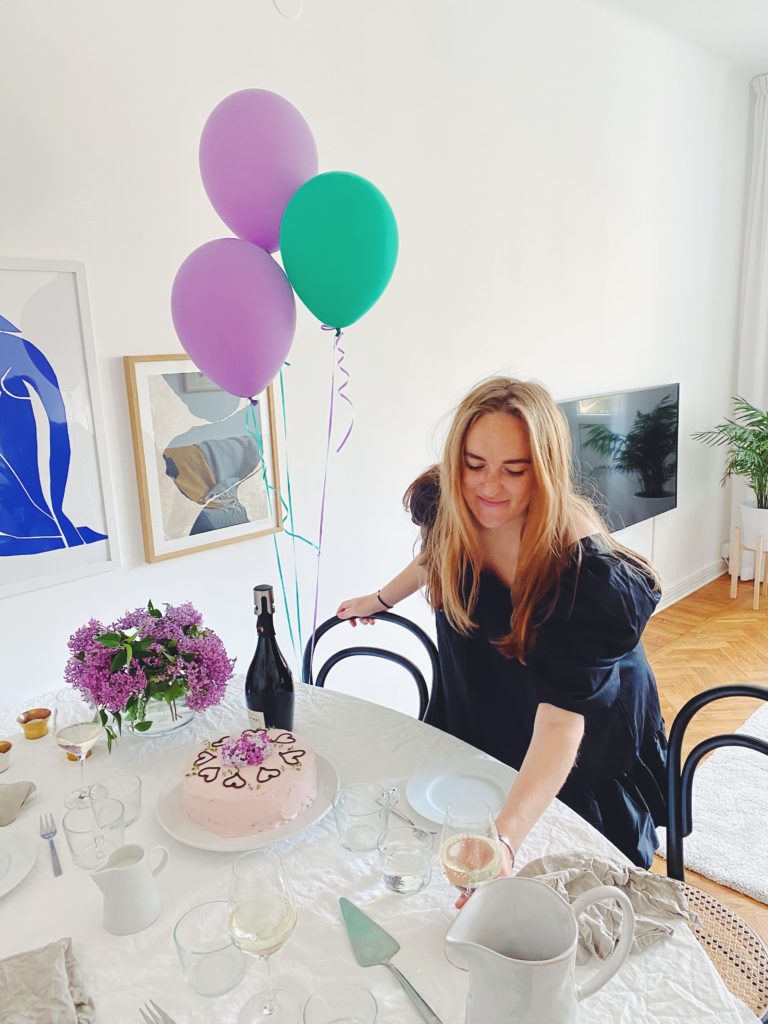 I cycled back home after a work lunch turned five-hour-long baby shower with a soaring heart. I honestly don’t know how I got this lucky and I’m so grateful.