Heja Livet, Baby B, and everything in-between

I did a Heja Livet Instagram takeover two weeks ago and it’s taken me quite a bit of time to process the response. I talked about various things, but mainly about growing up in foster care, building self-esteem from scratch, overcoming the impostor syndrome, and how interior design can be used as a tool for grounding and growing. The response was mind-blowing. I received hundreds of direct messages from people sharing their own stories of social mobility, how it keeps affecting them in their day-to-day lives and how reading other people’s stories made them realise that they’re not alone. And I think that I in some way had the same realisation. I don’t spend a lot of time thinking about my childhood traumas—at least not anymore—but reading about other people’s experiences underlined yet again how similar we are in many ways. Experiences might differ, but as humans, we all crave similar stuff: a sense of belonging and being understood and listened to, even when it’s hard. Particularly when it’s hard.

One of the most beautiful things to come out of the takeover for me personally is that the conversation is continuing on my own Instagram account. I feel like I’ve made a lot of new Internet friends thanks to this. I love that and don’t take it for granted.

So yes, my mind has been occupied with this, but also some other tidbits. Let’s take a look. 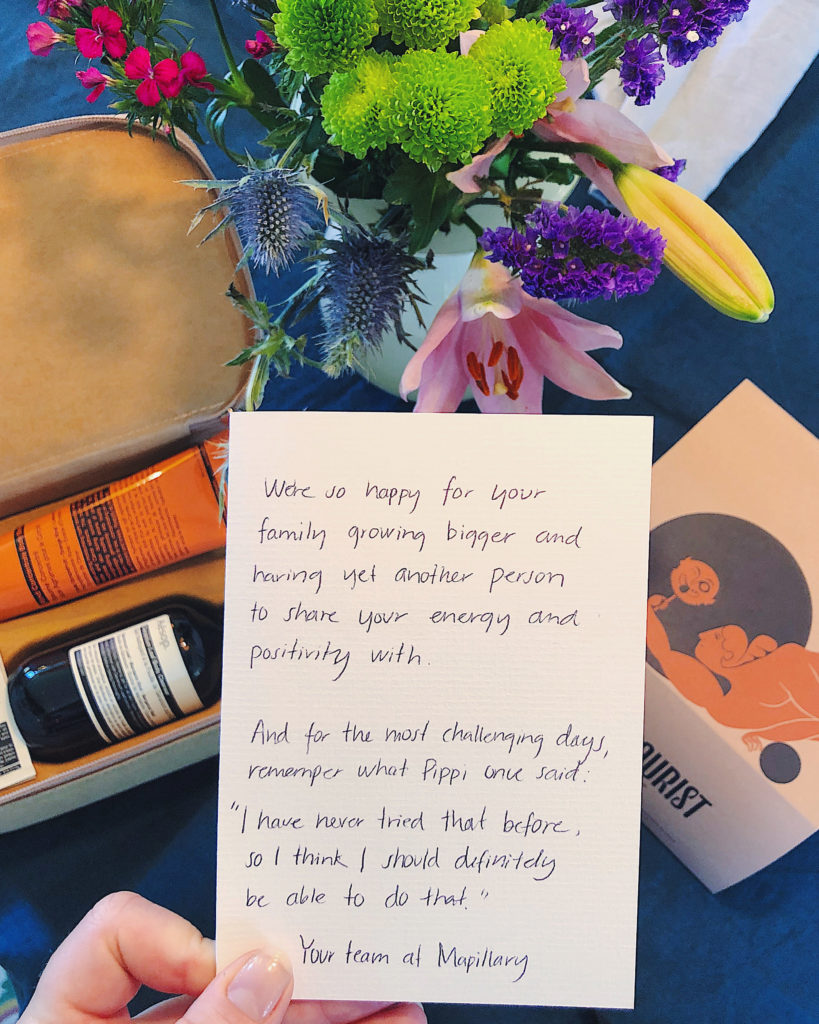 Some of my Malmö-based colleagues came over for lunch one day and brought the most thoughtful maternity leave present: AESOP. I’ve had an Aesop obsession for several years and I think it’s sort of funny that my colleagues have picked up on this. 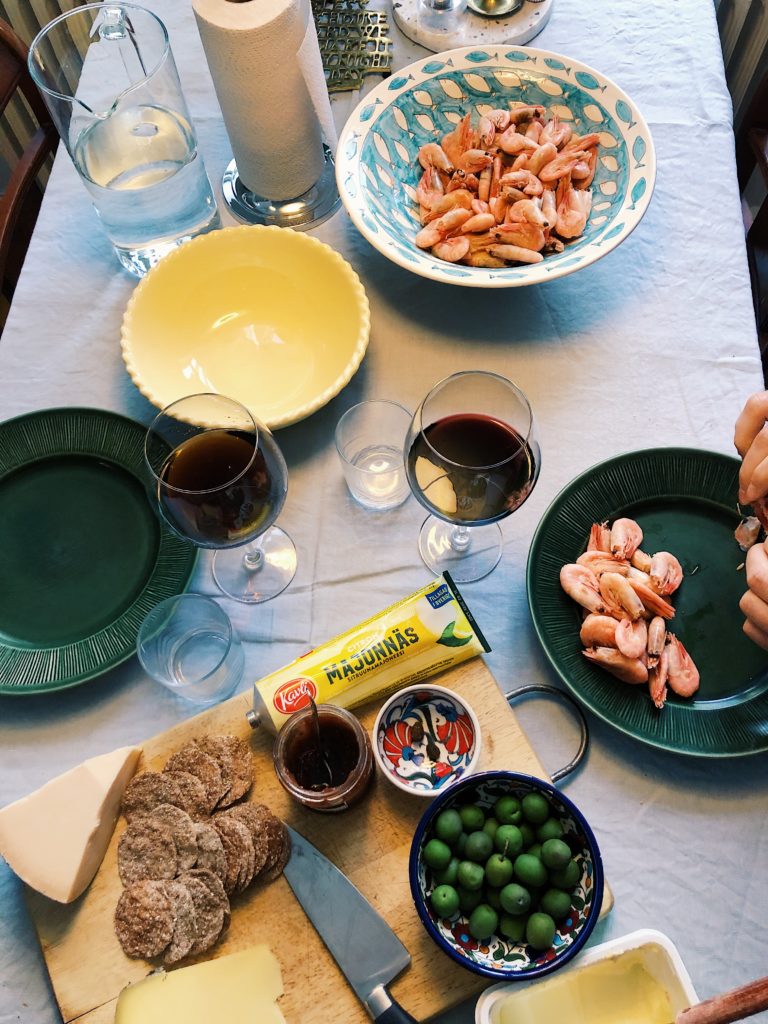 Friday Night Live with H and I. You know how Real Adults™ do things like make dinner and sit down for a conversation at the end of most days? We very rarely do when the kids aren’t at home. We’re either working or exhausted from a long day, so most days we have breakfast and/or boiled beans for dinner. It’s probably our biggest joint Achilles’ heel as otherwise well-functioning adults. But every once in a blue moon we do things like have shrimps and wine (or diet coke if you’re eight months pregnant 🙂 for dinner. 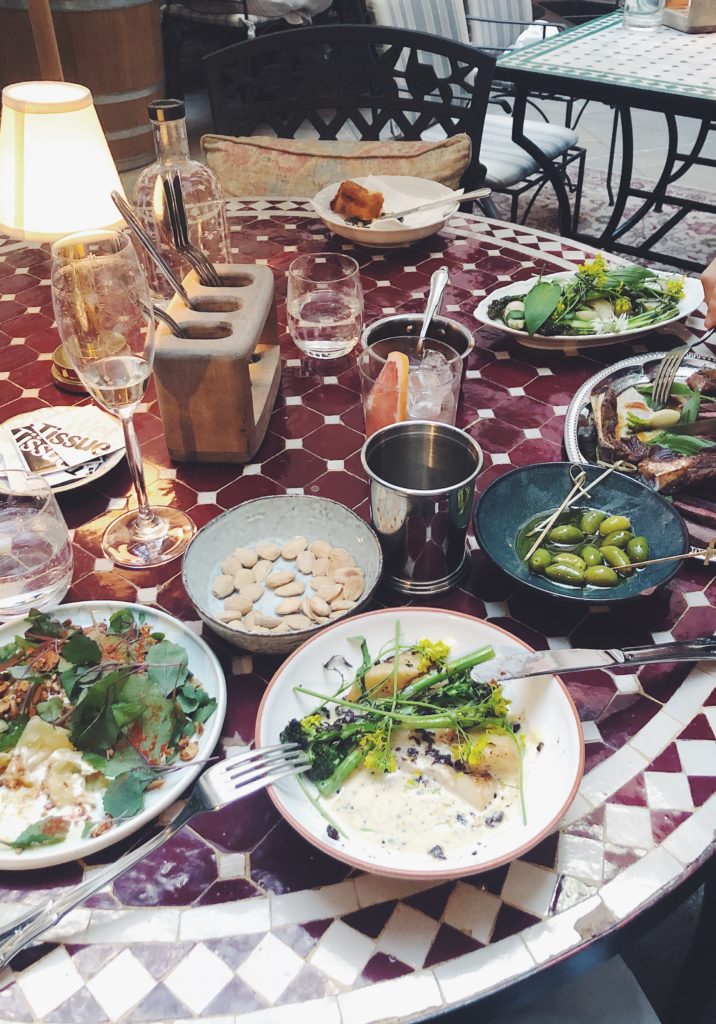 And sometimes we even leave the house, like last weekend when we were meant to go to Denmark for a mini-babymoon. It was cancelled for obvious reasons so instead we stayed at MJs here in Malmö. I had grand plans for our stay but we ended up passing out in the bath and then finally falling asleep at 9.30pm… It’s been an exhausting spring 🙂 but at least we got to enjoy a wonderful dinner. 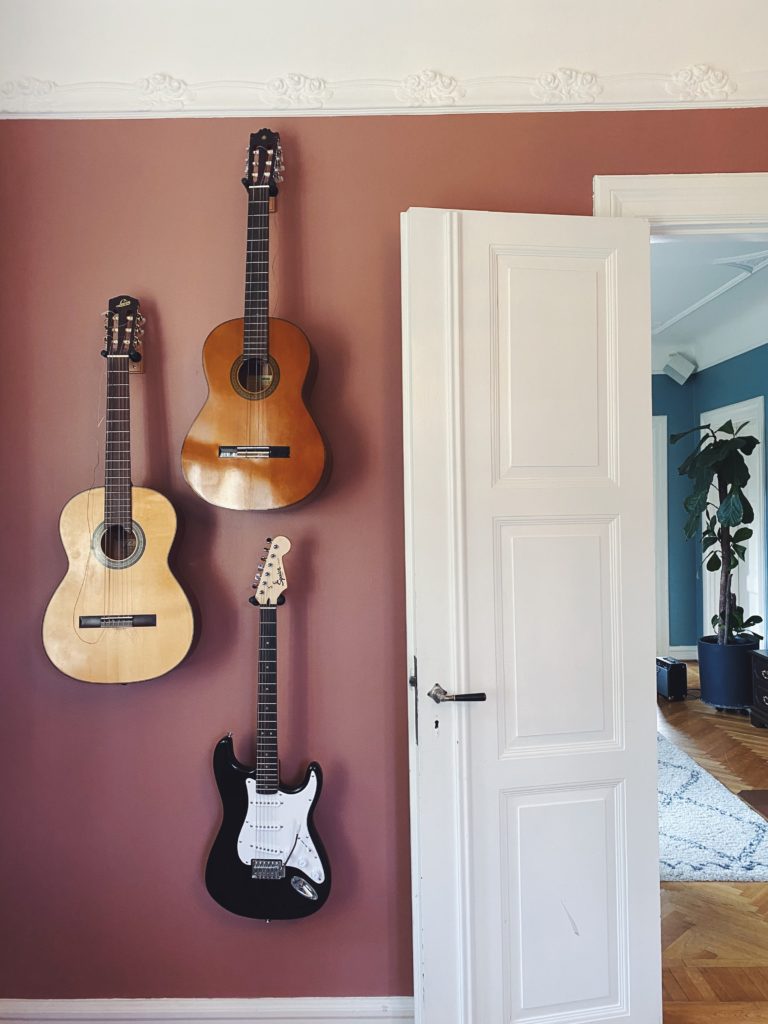 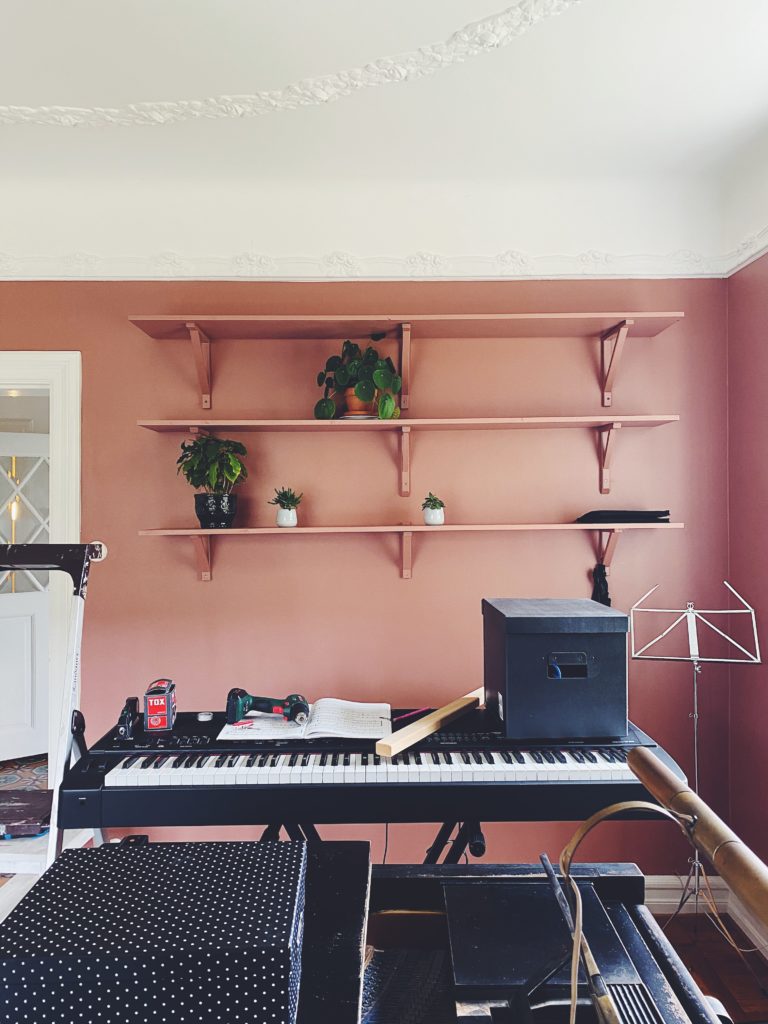 It took us a few weeks, but the music room is finally coming together. It still looks a bit like a building site, but the guitars are up and so are the shelves. Next stop is actually getting the music library and the instruments onto the shelves… And we need to get some cactuses and succulents as well, no plants that need actual water are allowed among the instruments. I love the colour though. I’ve been a bit concerned about running with different colours in various rooms but this works exceptionally well with the blue lounge and it matches the hallway floor tiling as well. Success all around! 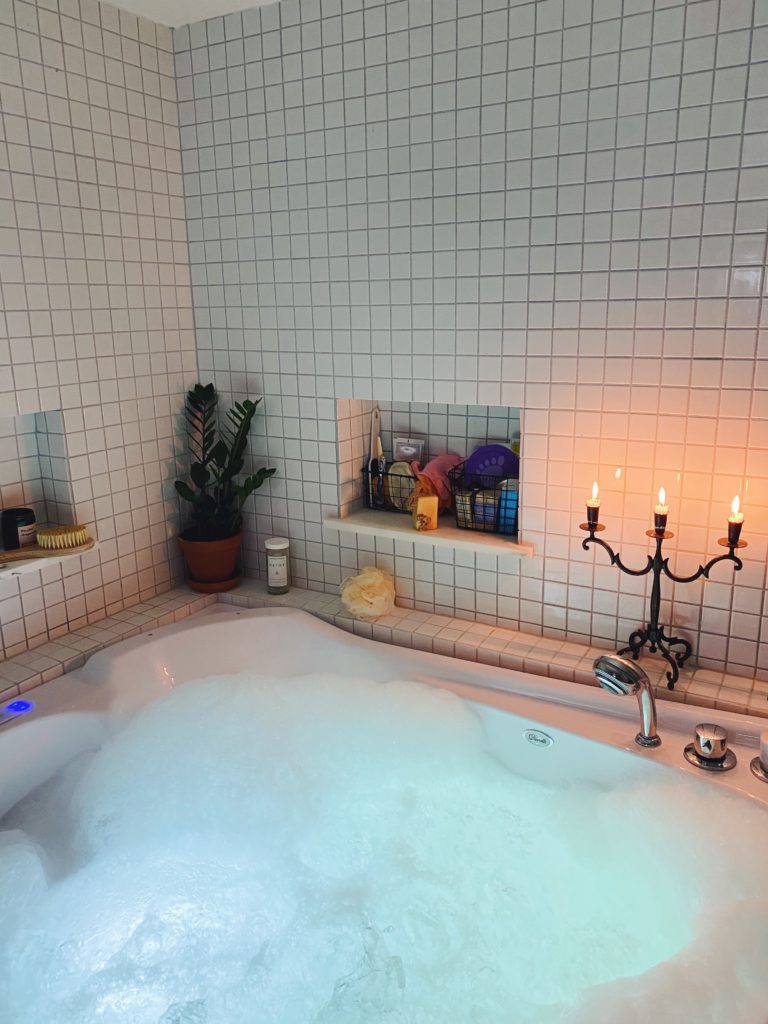 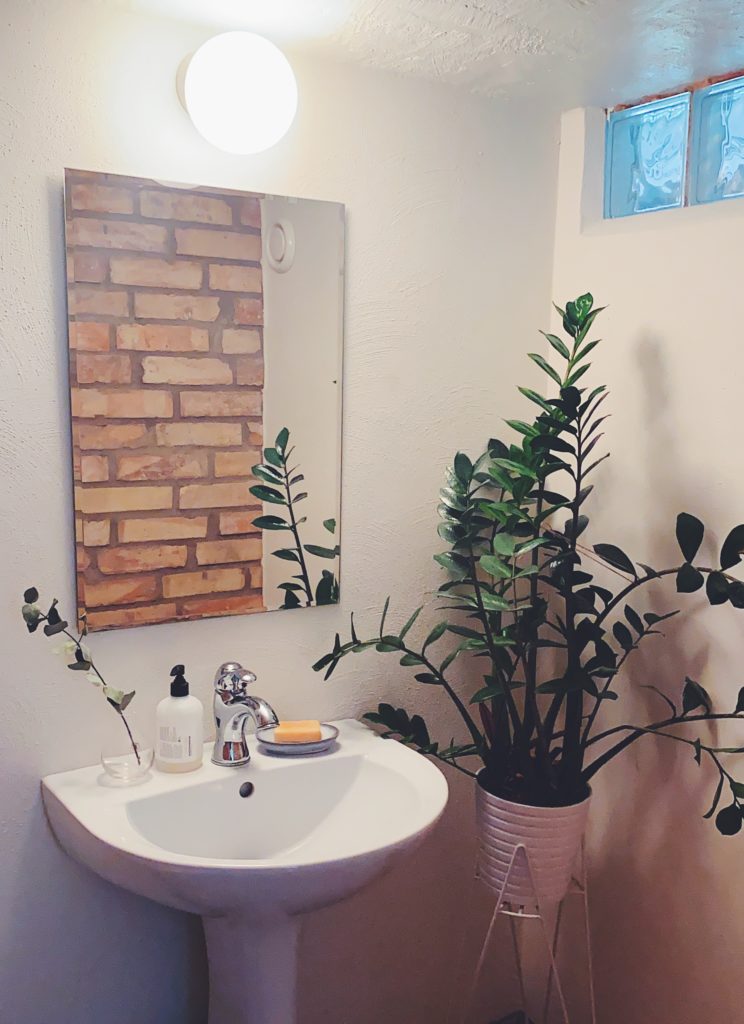 I’ve also given the downstairs bathroom a mini makeover. Nothing much really, just replacing a broken toilet seat and putting in some plants, candles, and soap(!), but it’s amazing what little things can do. 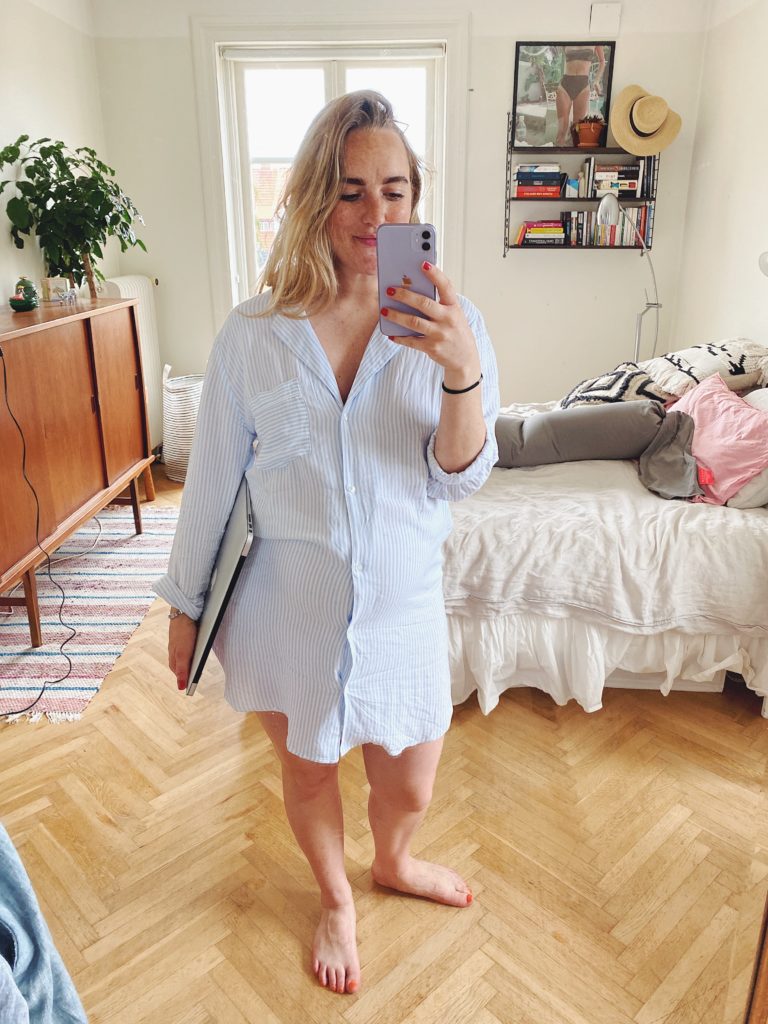 But in all honesty, most of my time these days goes to thinking about the tiny human inside my tummy. I still find it difficult to grasp that there’s an actual human in there. I’ve said for a few weeks now that I’m done being pregnant, but not exactly ready to have a baby… But I think I’m getting to the point where I actually do feel ready. Great news really, considering he’s due to arrive in just four weeks! I’ll spend two of those working, but although this spring has been wild and exhausting in many ways, working from home and not doing any travelling has left me feeling very relaxed and zen. I feel great. Another pregnant friend of mine is under lockdown in the US and said that ”I’m honestly loving lockdown and I’ve felt a bit guilty about how nice this has been for me when it’s been so hard for others, but then I decided that FUCK IT, I’m pregnant and I’m going to feel great about feeling great”. Hear hear.