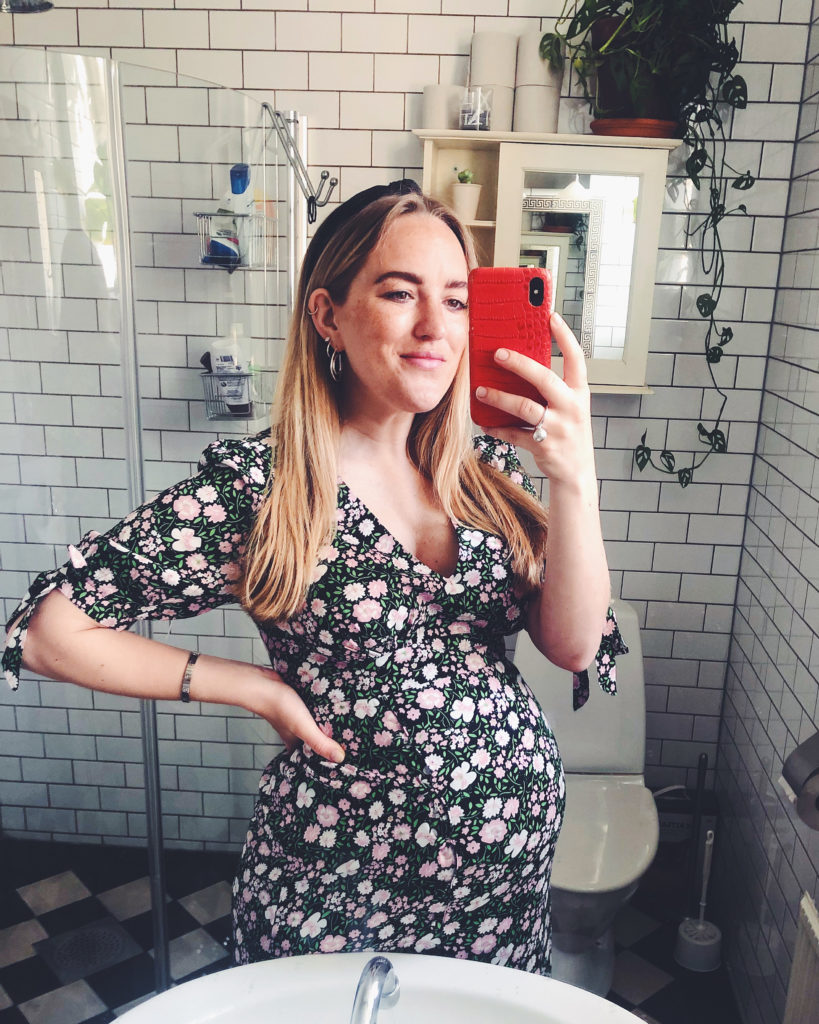 I entered week 33 of my pregnancy yesterday and regardless of what happens from here on forward, I’ll still be able to say that I’ve had a wonderful pregnancy. You hear so many bad things about being pregnant. Constant nausea and/or throwing up, fits of rage, inability to walk/sit/move, and more. I’ve had parts of this for sure and it’s not like every second of every day has been amazing. I broke down in tears just the other night due to sheer exhaustion in combination with painfully swollen hands and feet. It’s not always a walk in the park, particularly as I haven’t been able to walk further than 150 metres for the past two months or so. And in spite of all this, I still think that I’ve had a great pregnancy.

There are several reasons for this. I’ve had zero expectations about my pregnancy and whenever things have changed, I have changed with them without putting up too much fuss. For instance, my normal gym routine gave me PGP (foglossning) already in week 14. I consulted a physiotherapist who advised me to basically stop walking and exercising the way I had been up until that point, and start training with my pregnancy in mind instead. This was obviously a readjustment, and not one I necessarily enjoyed but it made life so much easier. Another example is when I, around the same time, started fundamentally questioning whether I would be able to provide the emotional support that a child needs. I grew up without parents and had several different and uncommitted caregivers in my early childhood—a recipe for disaster for children’s emotional development. I started losing sleep thinking about the impact my childhood would have on my own child and parenting style, but I told my midwife and I was put in touch with a phenomenal child psychiatrist who’s helping me to work through this. Asking for help has been a gamechanger.

Overall, I’ve been very lucky with my support network. H has been a steadfast pillar of support from day 1. He’s allowed and encouraged me to rest whenever needed, he constantly tells me how great I’m doing (even when I’m bawling my eyes out—particularly when I’m bawling my eyes out), and there have been zero expectations from him that I should be or act in a certain way. I spent two days over Easter binge-watching Sex Education even though we really try to avoid having the telly on when the kids are at home, and he didn’t say a word. I’ve spent more money than I want to admit on maternity underwear and a pregnancy pillow (yes, that’s a thing) and I’m so relieved to be with someone who passes zero judgement and tells me to just get whatever I need.

And incidentally, the only thing I would’ve done differently if I were to redo this pregnancy is getting more maternity clothes sooner. Up until last week I’d only bought three dresses in terms of maternity clothing (bar underwear). I thought it’d be silly to spend money on clothes I’d only be able to wear for a few months, but at that point I didn’t realise that there would be a time where none of my normal clothes would fit very well. As a result, I’ve gone for two months feeling a bit uneasy about how I look when I could’ve just bought some maternity dresses that would’ve made me feel amazing. I know this, because I eventually gave in and got some new dresses (as per above picture) and now I wish I’d had them earlier.

But still, that’s a minor detail in the grand scheme of things. I’m so happy I’ve asked for help when I’ve needed it and I’m so grateful that I have managed to find some calm, resilience, and faith in that things will be fine, even when it hasn’t felt like it. Only seven weeks to go now, and I can’t wait to meet Baby B!