Resilience is the new black

I’ve had the most normal weekend in months. It almost felt like life before. Almost. 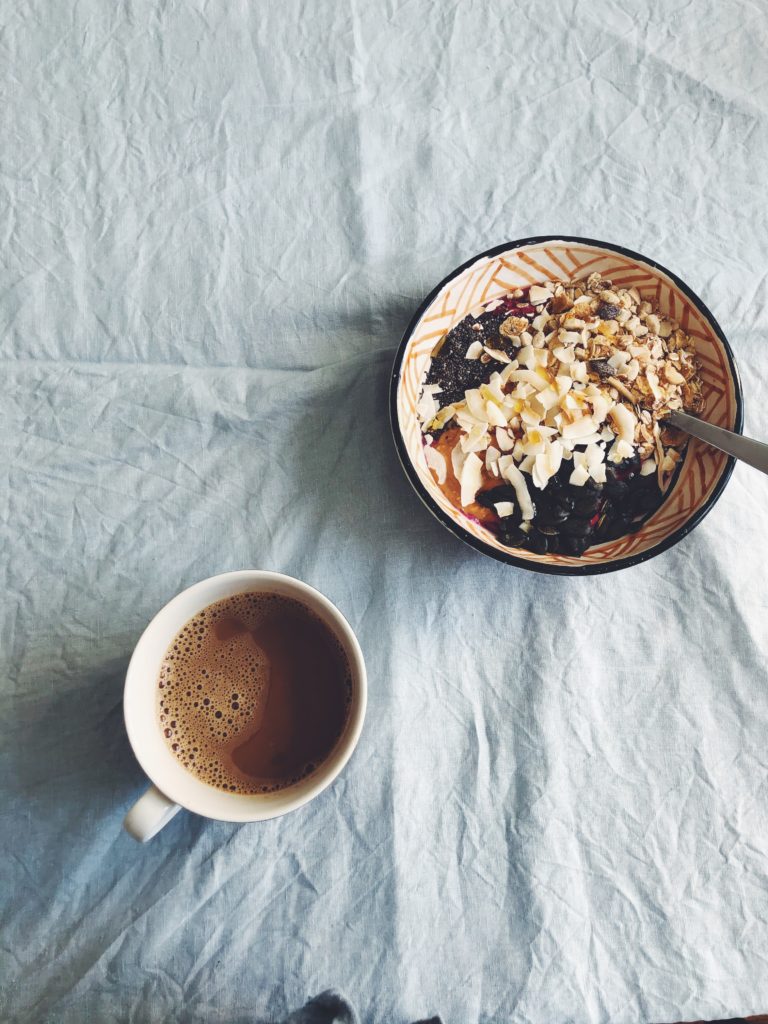 It started with a raspberry smoothie bowl on Saturday morning. That’s the first sign that something is odd about the spring of 2020. I never used to make smoothie bowls. Like, ever. But now I do. On Saturday I mixed it up with some peanut butter, chia and sunflower seeds and coconut flakes. I enjoy food so much more now than I used to. It’s gone from fuel to pleasure and from making it to eating it, food has become much more of a ritual. 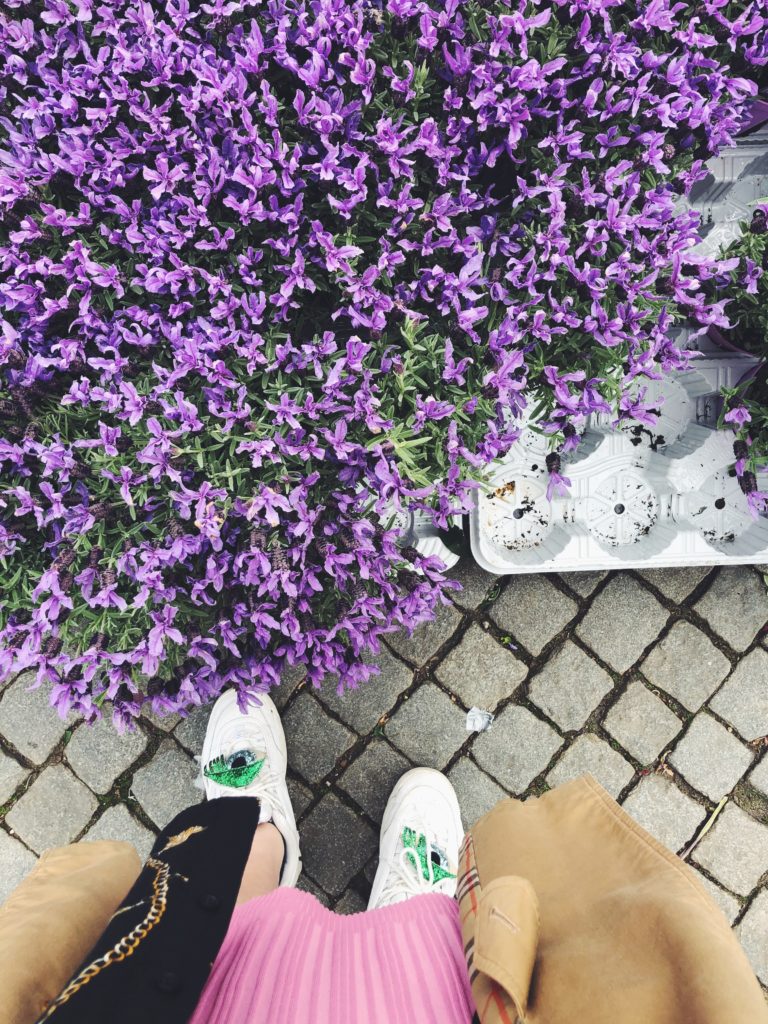 I went to town and bought some dried flowers for the dining hall, where we’re now spending so much more time. 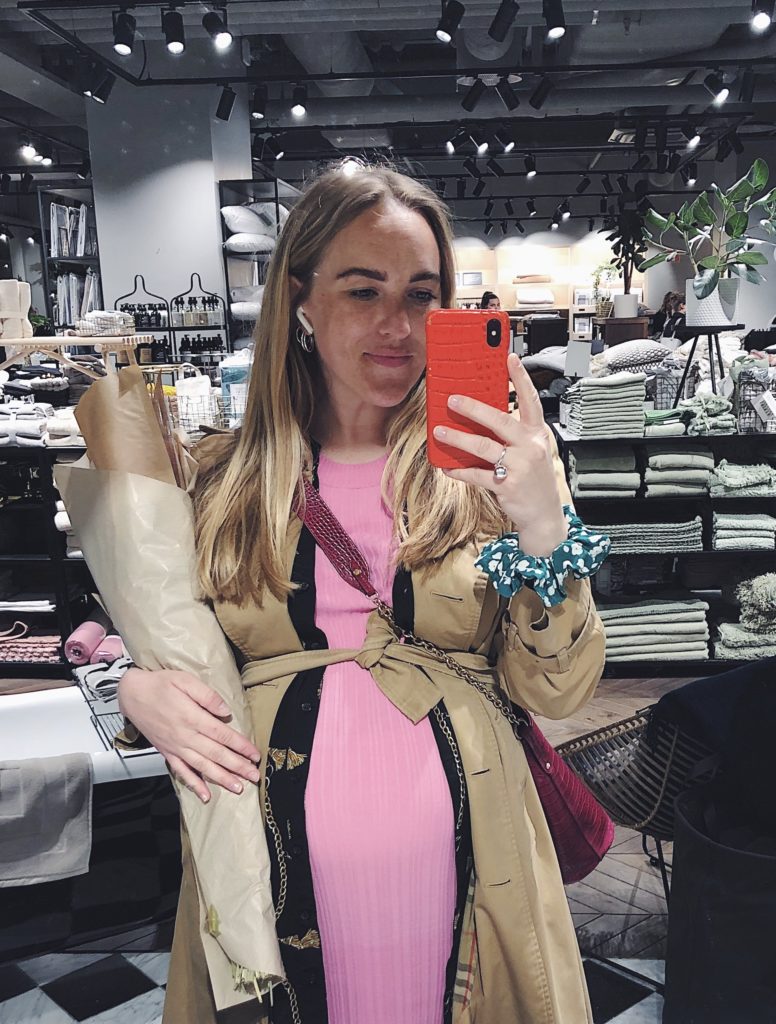 Popped by H&M and was incredibly impressed by their spring/summer line. Lots of puffy arms and great dresses that I would’ve loved to throw some money at, but alas, I can’t think of a single good reason to buy clothes right now. None. 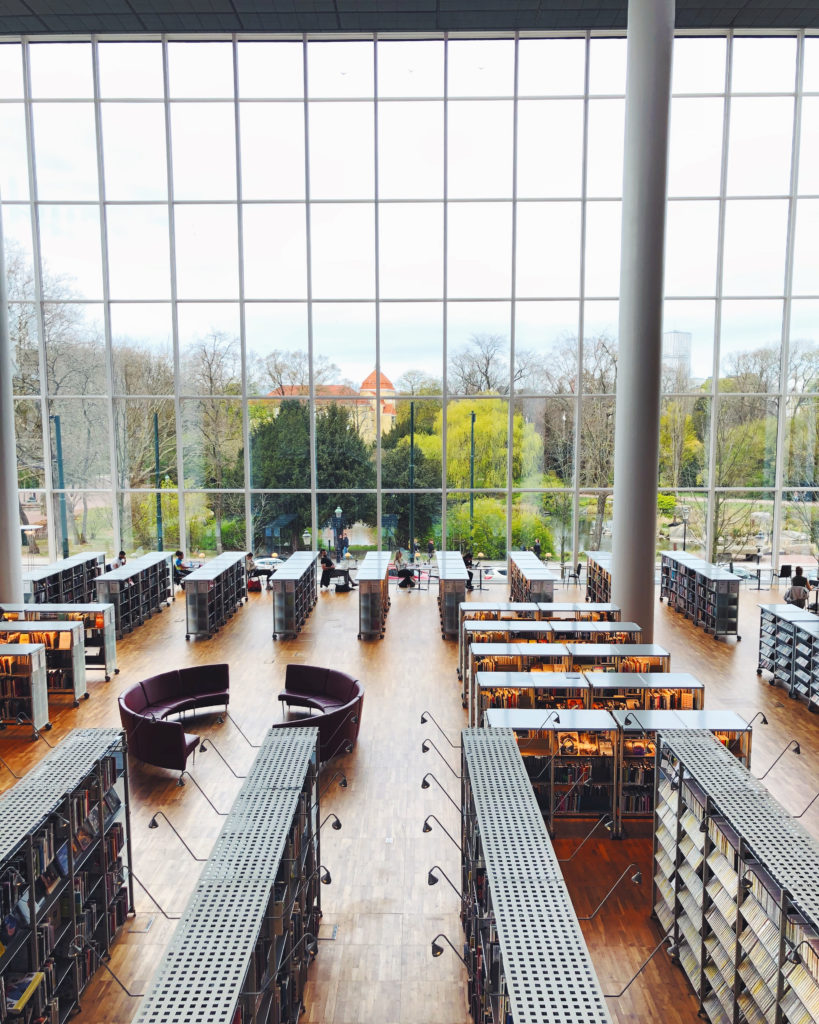 Went to the library for the first time in years. We have a pretty generous learning budget at work so I typically get most of my literature through there and other than that I also like buying books. I enjoy building a library of my own and I love being able to support authors whose works I get to read. But libraries are the best, and I needed to pick up some books on giving birth. I’ve been waiting for the urge to want to learn more about childbirth and I’ve had a feeling that one day I’ll wake up, and it will be there. I was right. 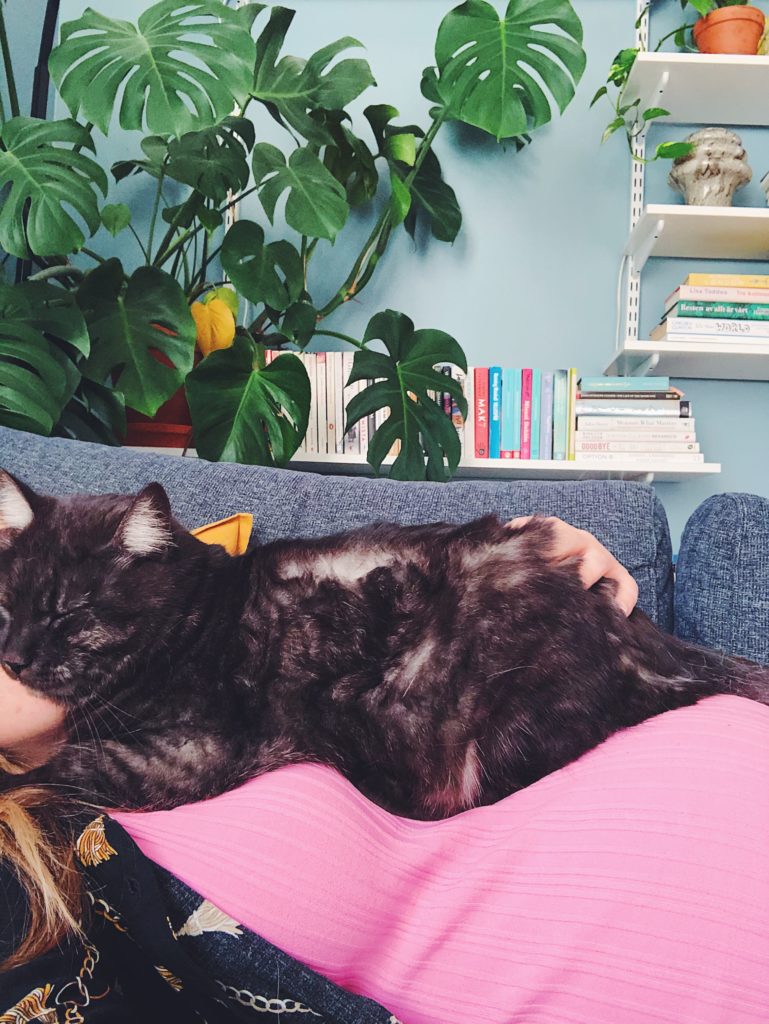 Came back home for a liedown with Katten. I’m thinking so much about Baby B and how will he grow up knowing life and what it is. He won’t know a life without Katten, or a life where H and I haven’t been together, or a life where we haven’t lived in the house together, all six of us (or seven, including Katten). It’s mindboggling. 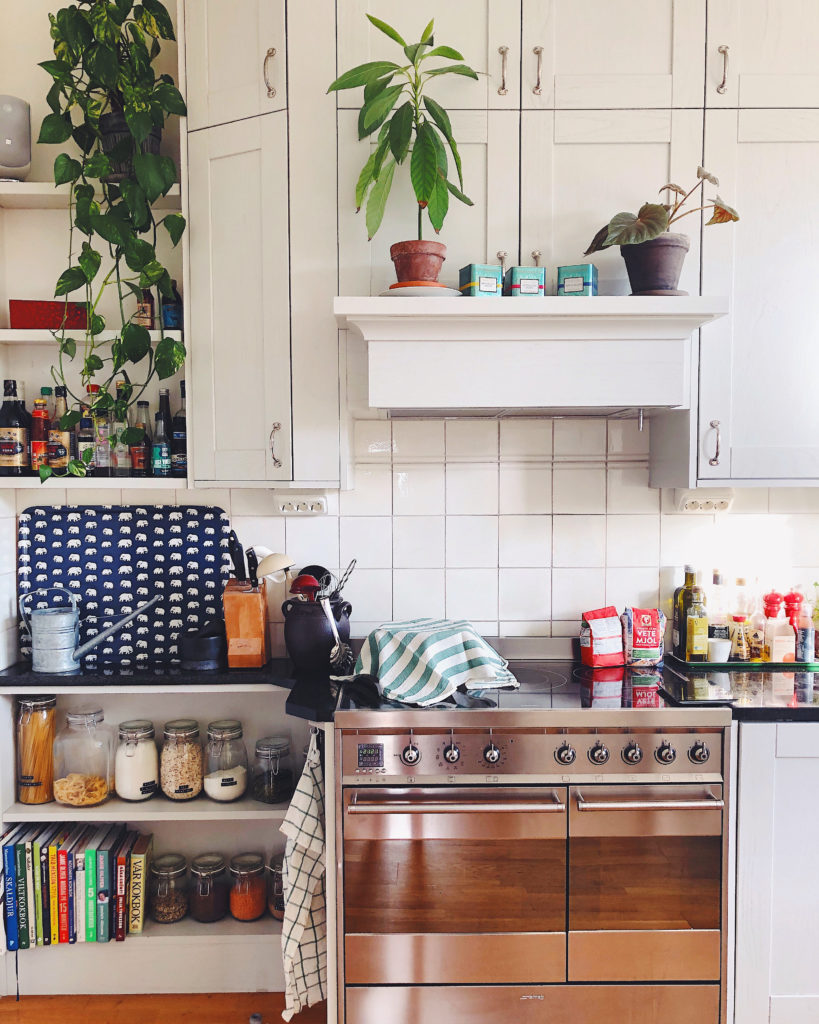 I woke up at 04.18 on Sunday morning. Great. Tossed and turned for two hours before finally getting up and decided to bake some bread. Another sign that there’s something pretty odd about the spring of 2020! 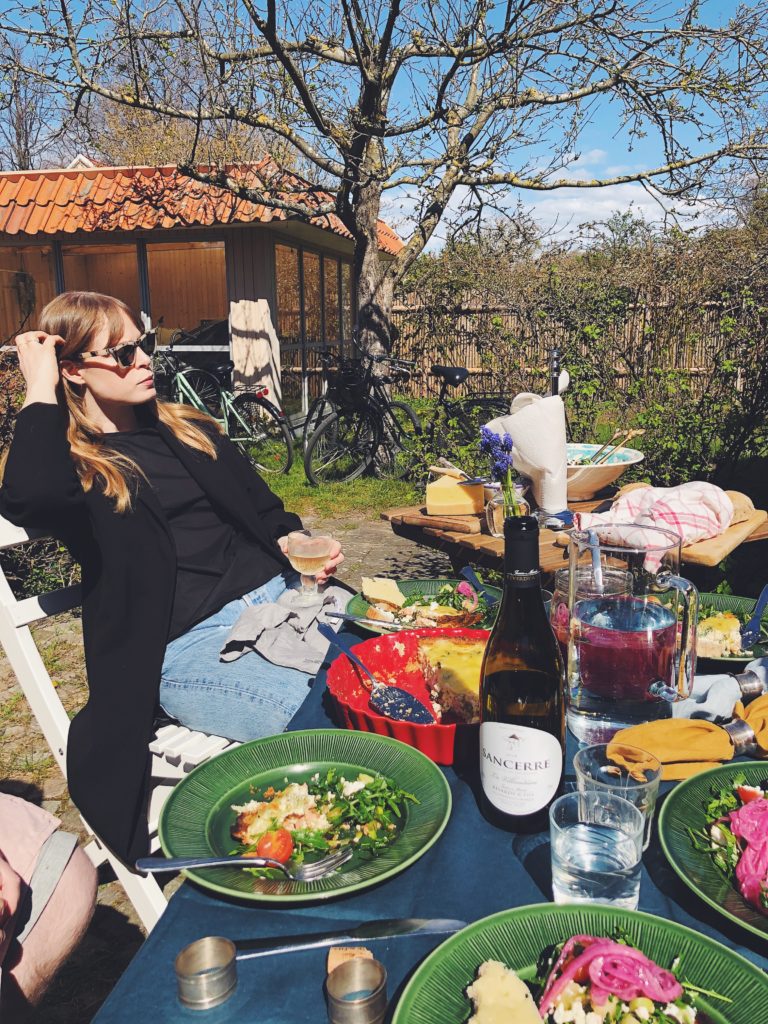 But it turned out great actually, particularly as I was having some friends over for lunch in the garden later on. I even cracked some wine open and picked some flora from the garden. We spent four hours in the sun and it almost felt like any spring day. Apart from the fact that one of my friends brought loo roll as a gift.

And I think that’s the thing. We do our best to go on as the new normal, to make the best of rubbish situations. Resilience is the new black. And sometimes we do quite well. At other times we find out that our favourite shop is closing down. That a close friend has lost their job. That a family member has passed away. When it rains it fucking pours.

But sometimes we do quite well.