Baby B is due to arrive in exactly 100 days. Though of course, if he’s anything like me, he’ll be a bit of a time optimist, know that he’s got plenty of time until he all of a sudden has none, and then be in a great rush and inevitably arrive what’s definitely late, but not so late that it’s rude. Or he’ll be like his father and arrive exactly on time.  ¯\_(ツ)_/¯

I had no reason to believe I was pregnant. My period wasn’t even late yet and it’s not like I felt that I was pregnant in any way. But for some reason I felt compelled to take a test. I’m pretty good at pinpointing intuitive feelings, and this was something else. I really didn’t think I was pregnant to the point where I thought it was a bit funny that I was going to buy a test, but for some reason I did it anyway. It was a Saturday, H was away for the weekend and I was home alone with the big kids when I took both tests. It felt entirely unreal and I almost didn’t believe it. I remember thinking that ”well these tests are the cheap ones, they might be wrong?”. And then I thought that I might also just miscarry. Regardless, it felt very unreal. 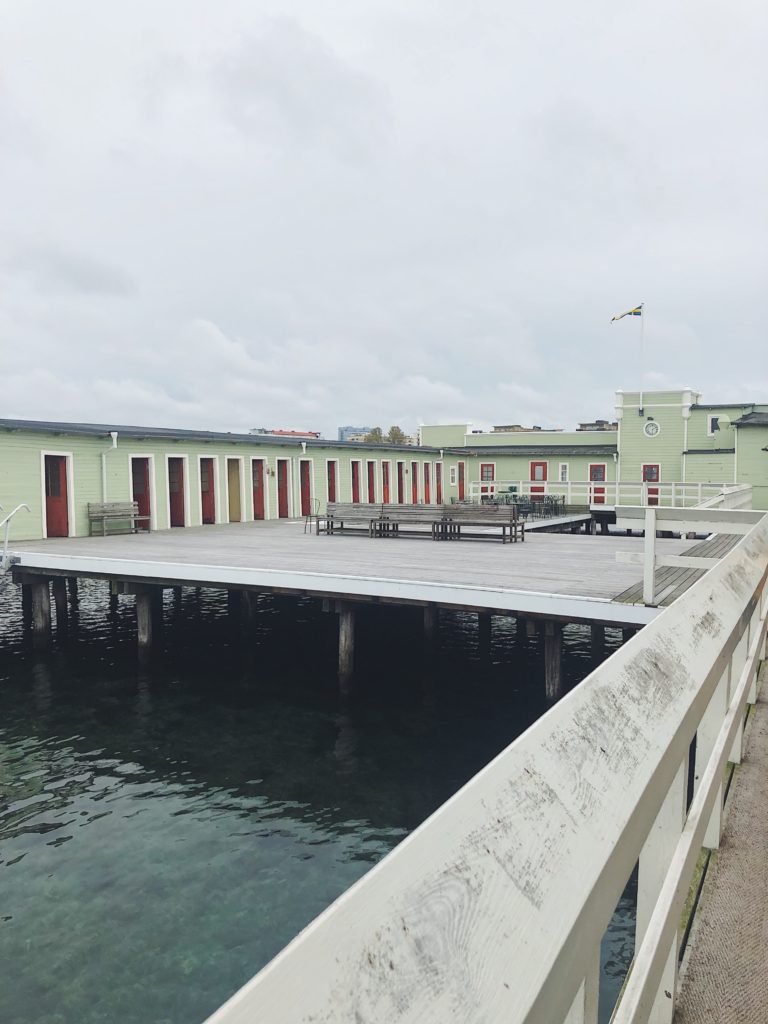 I went to Kallis the next day with a friend who told me she’d found out about nine pregnancies over the past five weeks. Crazy. I didn’t say anything about my own recent discovery. And in any case, it felt more like ”I might be pregnant” as opposed to ”I’m having a baby”. And that’s what I said to H when he came back home and asked what the weekend had been like. ”I might be pregnant”. This is a very odd way of saying ”I took two tests and they both show that I’m pregnant”.

Then all we had to do was wait. And wait. I knew I wouldn’t be able to wait for the 13-week scan to find out if there was a heartbeat, so I booked a private consultation. Still, they wouldn’t let me come in before week 8, which meant I had four long weeks of waiting. It was exhausting and I had a constant underlying fear that I would miscarry. Miscarriages are common and they are normal. Miscarrying doesn’t necessarily mean that anything is wrong with the mother. And miscarrying once (or thrice, or more) definitely does not mean the mother won’t be able to get pregnant again.

But I cried with fear when we entered the consultation room, both for the 8-week and 13-week scan, and I cried with relief when we heard his heartbeat. His nickname was first the Blueberry (Blåbäret), and then the Raspberry (Hallonet) until we did the 20-week scan and found out it was a boy.

Doing the 20-week scan was a huge source of joy. This is the scan when you find out if anything’s wrong with the baby. I didn’t start eating folic acid until week 12 and you’re really meant to eat if before you get pregnant for it to have any material impact on your baby’s development, and I just wasn’t aware. For weeks I was worried that maybe my baby would have birth defects as a direct result of my ignorance. But the 20-week scan showed that our baby is ”perfect” (our midwife’s words, but they could’ve been mine!) and I had never been happier.

I feel surprisingly close to him already. I’ve only seen him on various screens and in various scans, but I feel him kick several times a day and I surprise myself by talking to him daily. There are many things about my pregnancy that have been a joyous surprise, and feeling such a strong connection already is one of them.

100 days to go—if he’s anything like his father—and I can’t wait to meet him.