I woke up in London on Friday and it was glorious. Here’s what we got up to. 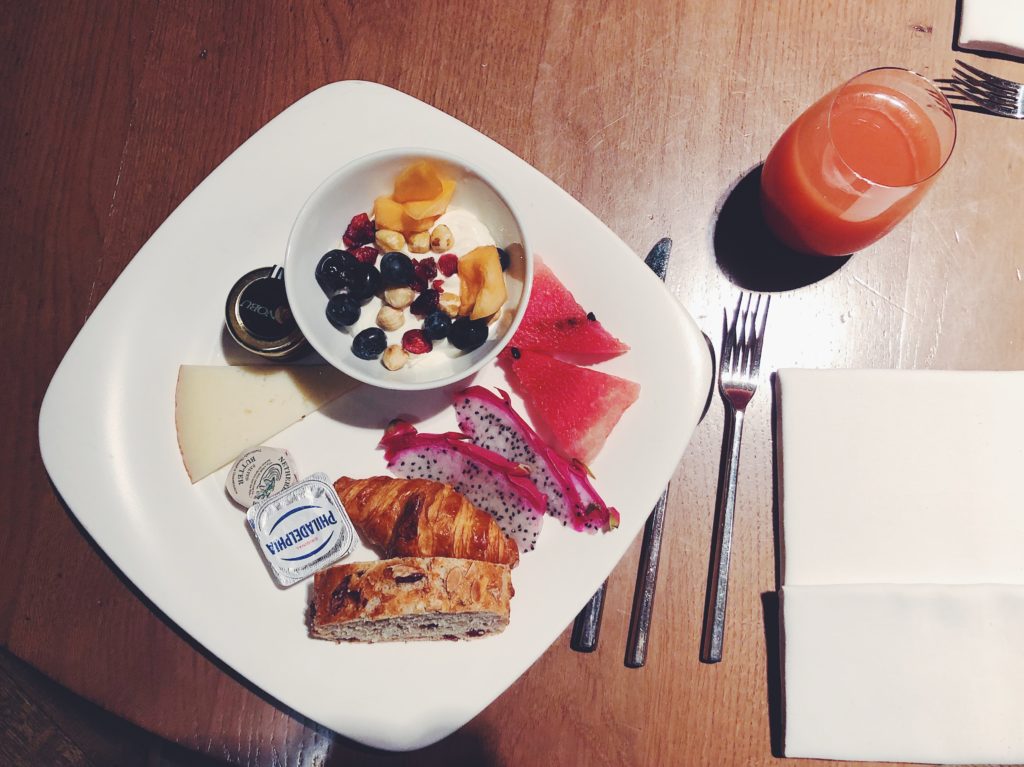 We opted for the hotel breakfast on Friday and I was particularly excited about the dragon fruit. It was the first time I had any since I went to Bali two years ago. It wasn’t quite as delicious as I remembered it to be, but I guess that’s what you get when you’re not in Bali hehe. 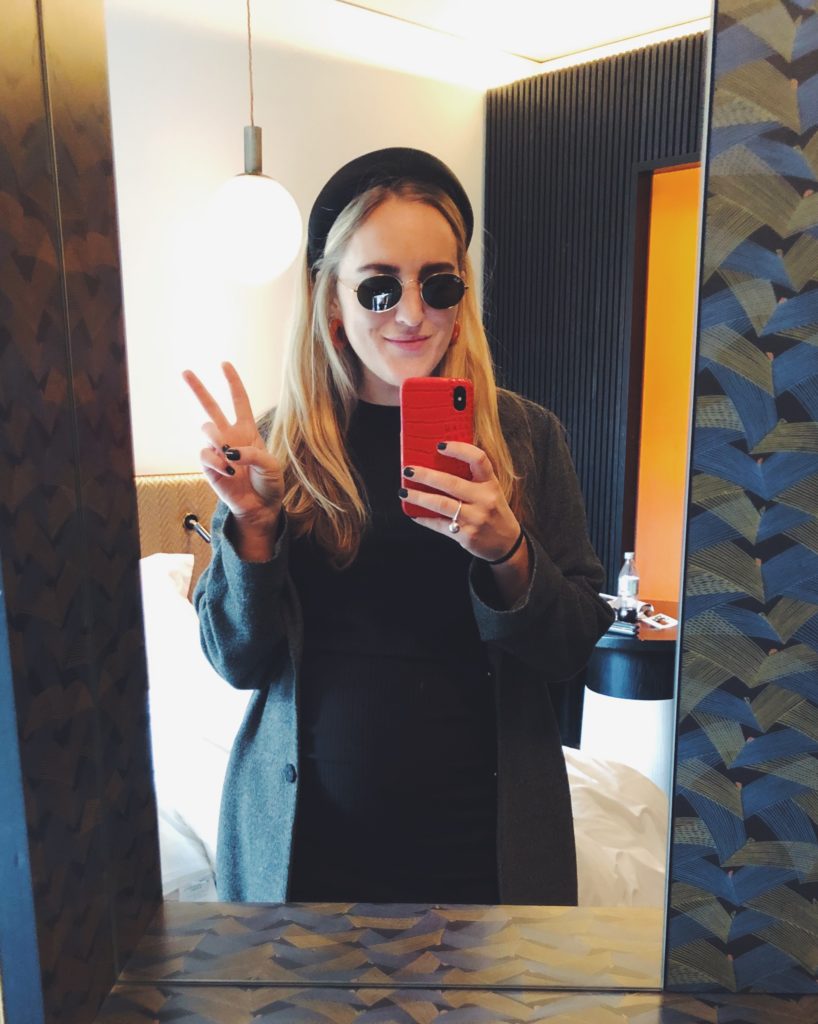 Worked on my selfie + bump selfie game while I waited for Ivy to get ready. I am blown away by the engagement any pregnancy-related post gets on Instagram and I’m not quite sure what I think of it actually. I’ve been a bit overwhelmed by all the love, but at the same time it’s like one friend said: ”being pregnant almost feels a bit.. trendy?”. I don’t post any pictures of the big kids on social and I’m not planning on posting any of the little one either, and for the same reason I’ve felt a bit hesitant of posting pictures of the bump. But I also don’t like the idea of hiding or not at all talking about my pregnancy when it’s currently most of what I think about.  ¯\_(ツ)_/¯ 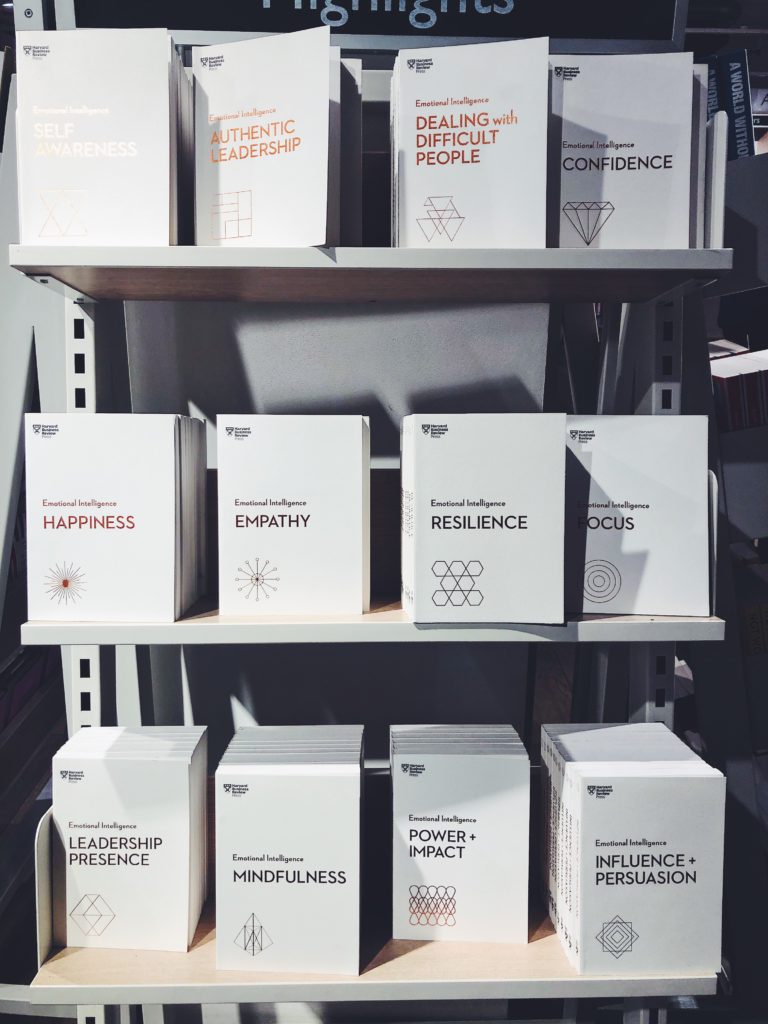 Ivy and I discussed this and more as we got on the bus to my favourite shop in the entire world: FOYLES. Foyles was once listed in the Guinness Book of Records as the world’s largest bookshop. It’s well over a century old and it’s impossible to spend less than an hour in there. Books have played such a huge role in my life. I started reading as a four-year-old and from day one, literature made me see that there was a different world out there than the one I was living in. I read much less now than I used to, but I still manage to get through 25 books or so in a year. And for many years I’ve been building the library I want my kids to have access to as they grow up. I was very intrigued to stumble upon the above series on emotional intelligence by Harvard Business Review, and this is exactly the sort of piece I want in our library. Emotional intelligence will become ever more important in our society I believe, particularly as automation and AI continue to rise in new domains. 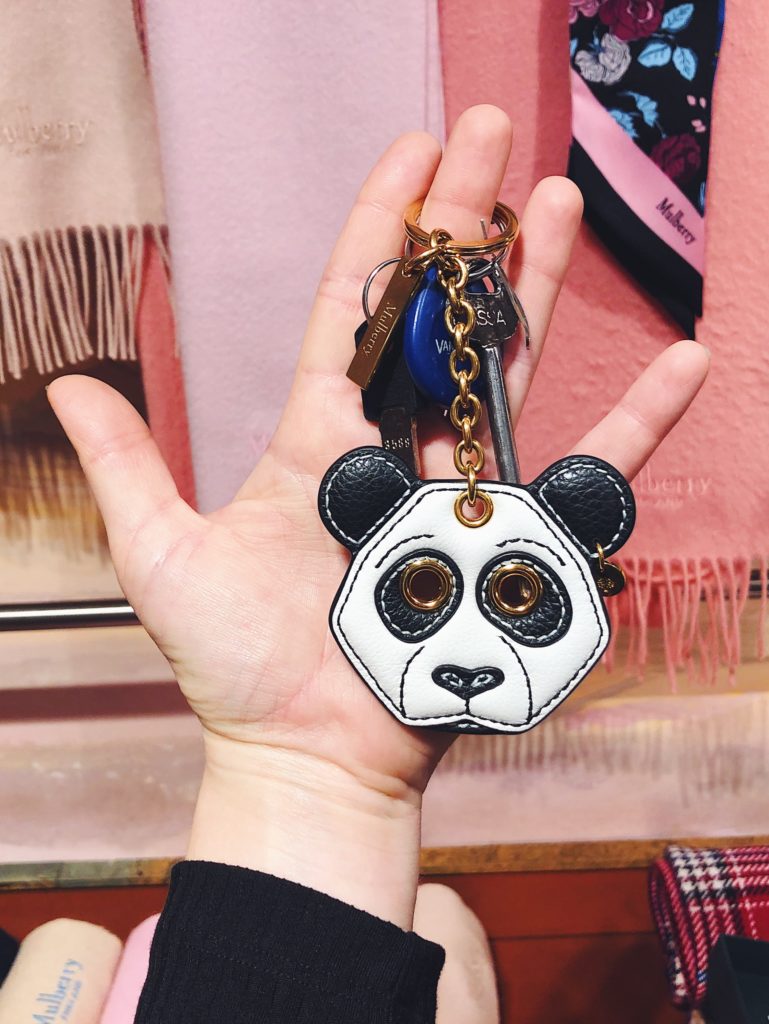 We popped into Mulberry to see if they happened to have any fun keyrings in. My keys have depressed me beyond imagination for months and I decided to spice them up a bit, so I bought a 60 SEK keyring from Clas Ohlson a few weeks ago. It broke almost immediately, so this time I decided to go for a much safer bet—this little punk panda! Sponsored by my ”instead of cigarettes” savings account. Today marks one year since I had my last cigarette and I save all the money I otherwise would’ve spent on cigarettes. It’s not much, 52 SEK a week, but over time it accumulates to the point where you can buy a Mulberry keyring and even have money to spare. Not bad. 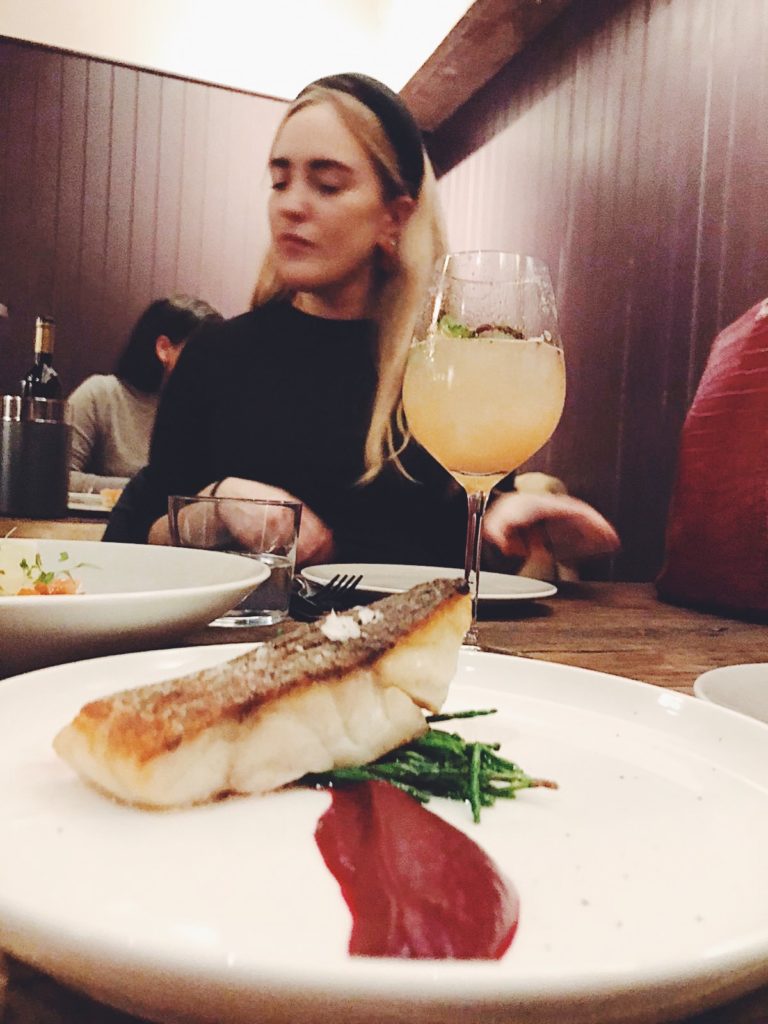 After a quick stop at Fortnum & Mason, where I didn’t buy any tea, we met up with Claire for dinner at Bancone, a glorious little Italian spot in the middle of Soho. It was phenomenal and surprisingly cheap, highly recommend. 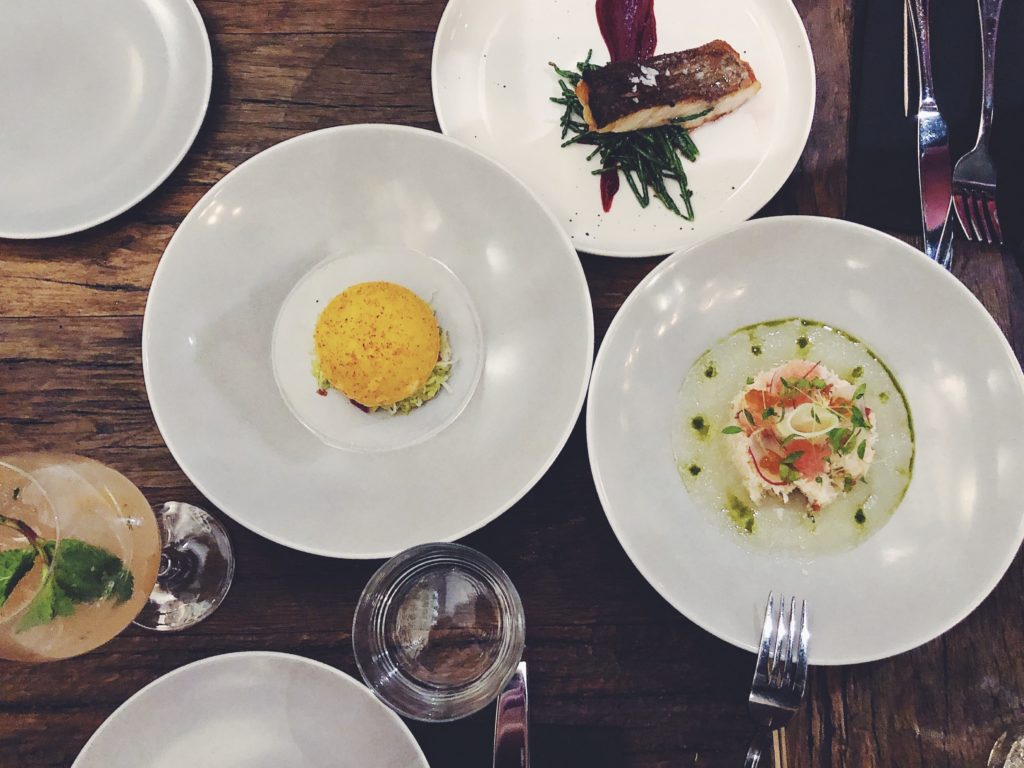 I mean omg? The fish and the polenta and the white melon mush. Yummmmm. 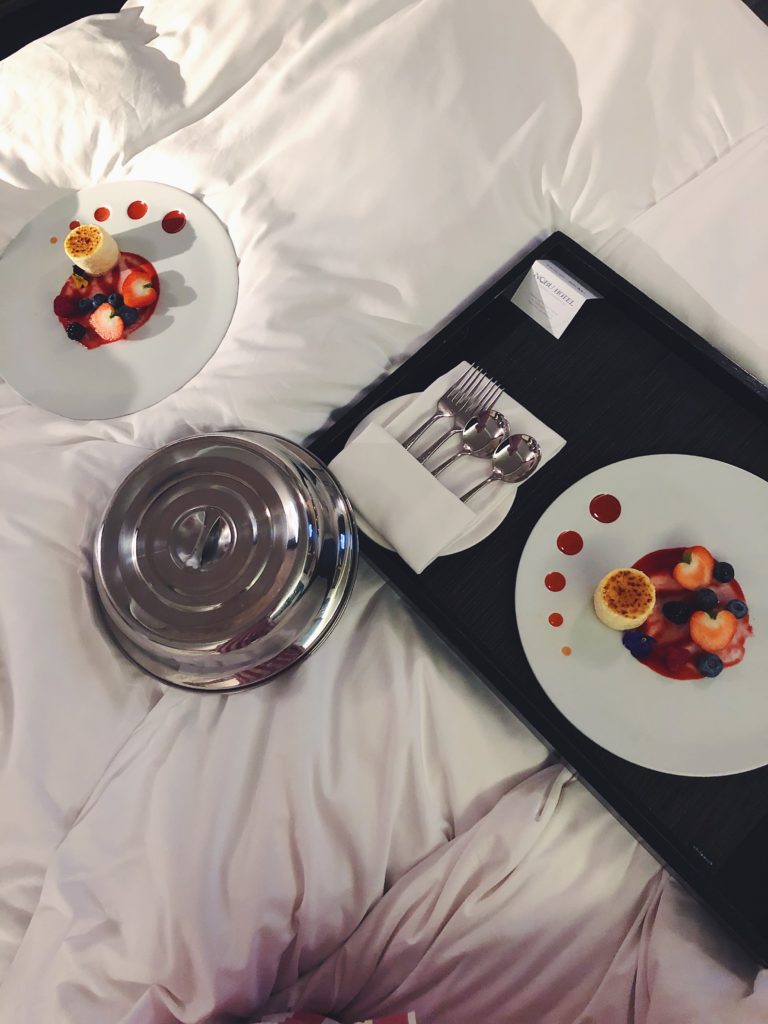 And then we finally took the bus back to the hotel. We couldn’t get Netflix to work on the hotel telly so the reception sent us two room service cheesecakes as consolation. Room service is better than Netflix imo, particularly as HBO worked just fine… Hehe.

And that was day one in London.