I flew back to Uganda after two weeks in Sweden. I’d been living in Uganda for four months at that point and I’d made a tight group of friends. Being an expat is odd. I thought I’d make loads of Ugandan friends, just like I’d made loads of British friends during my years in London, but that was very naive of me. As a white person in Uganda, you stick out like a sore thumb and it’s very obvious that you don’t belong. People know that you come from a rich country and the majority treat you accordingly. It’s just different. 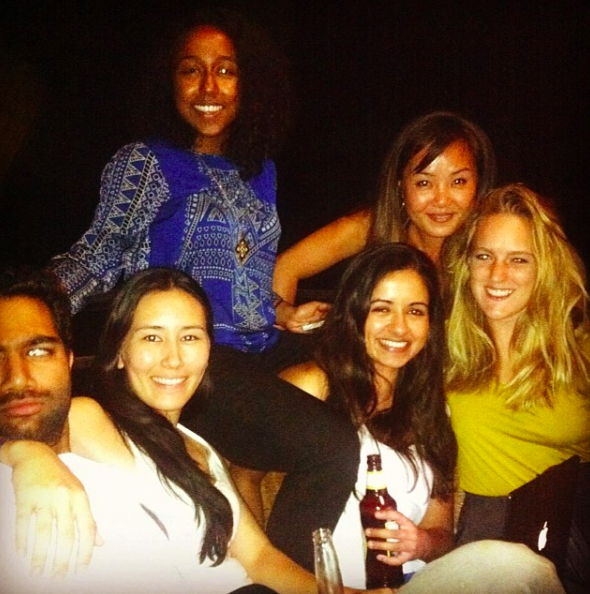 I felt very lucky to have made such a great group of friends in Uganda. We were a group of exapts from Britain, the US, Ghana, Canada, the Netherlands, Australia, Germany, and many other places across the world. I was the only one who worked at an embassy, most others worked for the UN or various NGOs. 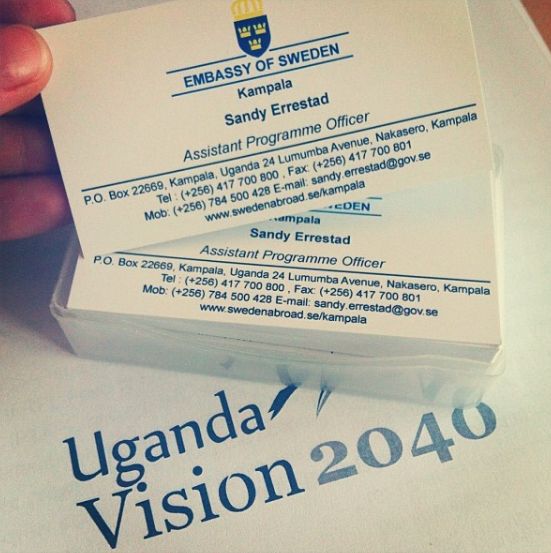 I was promoted to Assistant Programme Officer and my new job was to help oversee and report on the implementation and progress of Sweden’s aid to Uganda’s justice sector. Unfortunately, President Museveni signed the Anti-Homosexuality Act into law just six weeks after I started my new job, which spurred Sweden to freeze all aid to Uganda’s justice sector. This changed my day-to-day work significantly. Instead, I started working with humanitarian issues in relation to the civil war that had just broken out in neighbouring South Sudan and the refugees that were making their way to Uganda. It was wild to first see the impact of Ugandan policies on Swedish aid and then, of course, to get to closely witness how Uganda responded to a refugee crisis of the magnitude that the civil war in South Sudan brought on. 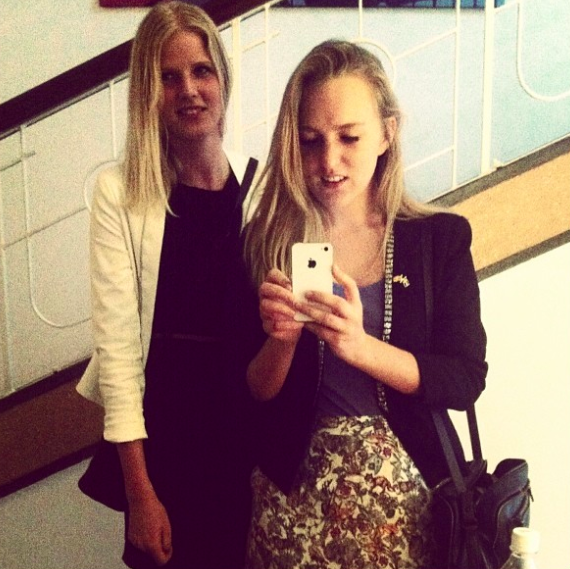 I’d led the recruitment of the intern who was going to replace me, and this is how I got to know Fanny. Fanny was the new intern after me and she moved in with me at La Fontaine, a guest house on top of an Indian restaurant in central Kampala where we had an epic spring. 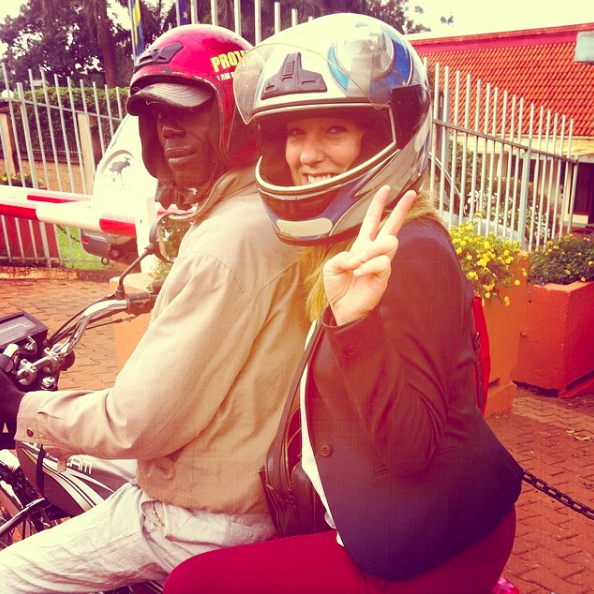 Our boda (motorcycle) drivers picked us up and took us to the office at 8 am every morning. Public transport isn’t really a thing in Uganda. It exists, but it’s hugely unreliable and traffic jams mean that bodas are the easiest way to get around. 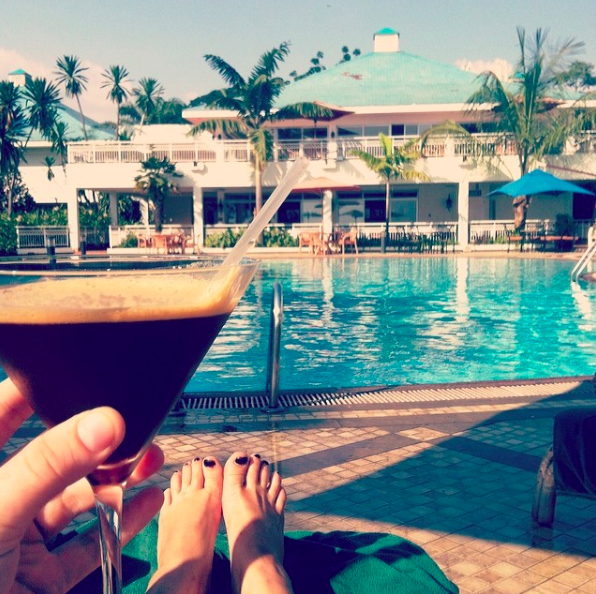 We took the bus to Rwanda, only a 12-hour ride away, and stayed at very cheap hostels and had lunch at not-so-cheap hotels. Friends on Instagram kept saying that ”this is not what I thought Africa would look like”, lol. 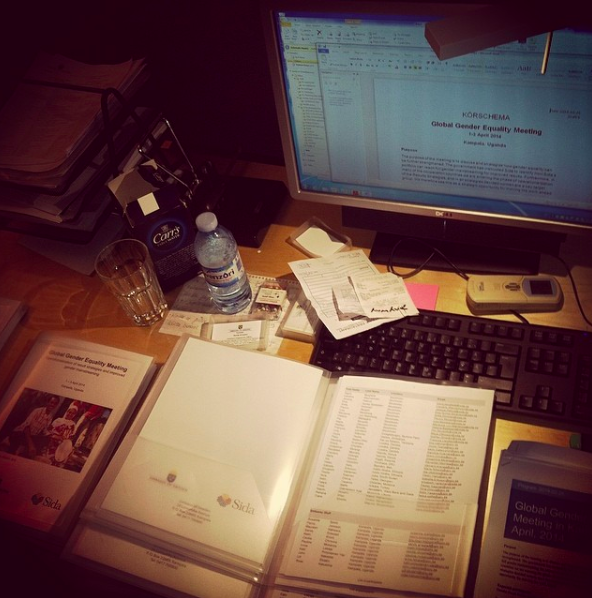 The embassy organised a global conference called Global Gender Equality Meeting where Swedish diplomats working with gender issues all over the world came to Kampala to share insights and learnings from their respective missions. The representatives from Kabul made a particularly strong impact on me. They shared stories of how they worked with local mullahs who agreed to sell condoms in their mosques and how they, together with locals, set up donkey clinics in an effort to target hard-to-reach areas. 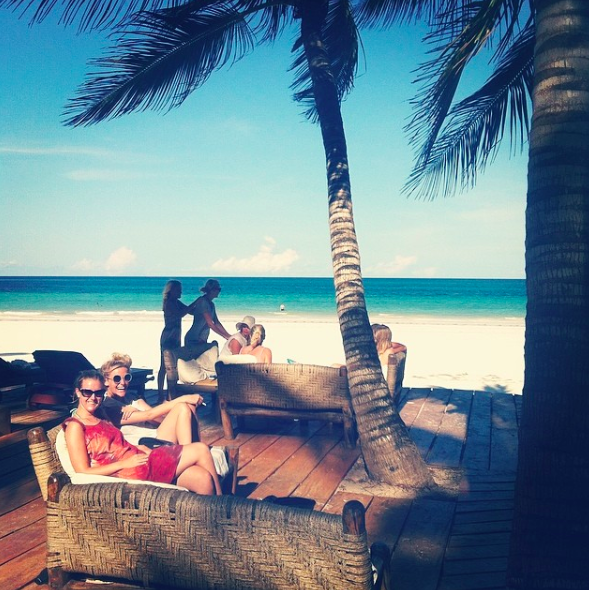 A group of us went to Nairobi and Mombasa for Easter break and we couldn’ stop talking about how lucky we were. The Americans introduced us Europeans to the concept of spring break as a group of them rented out a huge villa and turned it into a frat party with pool and drinking games, making it feel like an episode straight out of the OC. 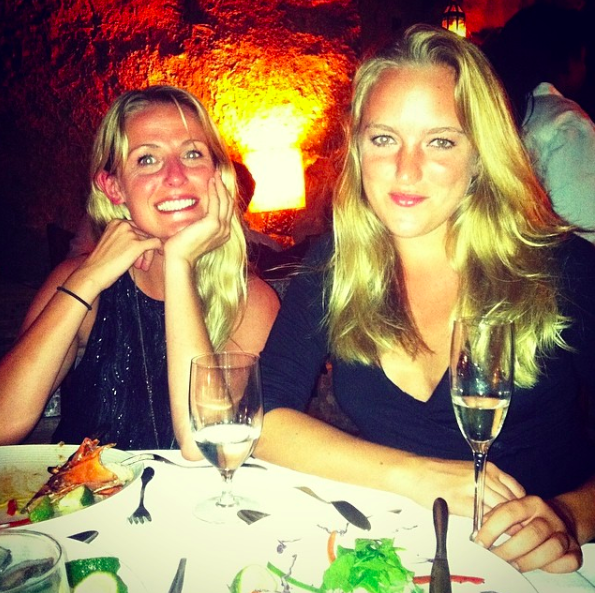 We went to an actual cave restaurant for oysters and bubbles, which was also my first ever oyster experience! 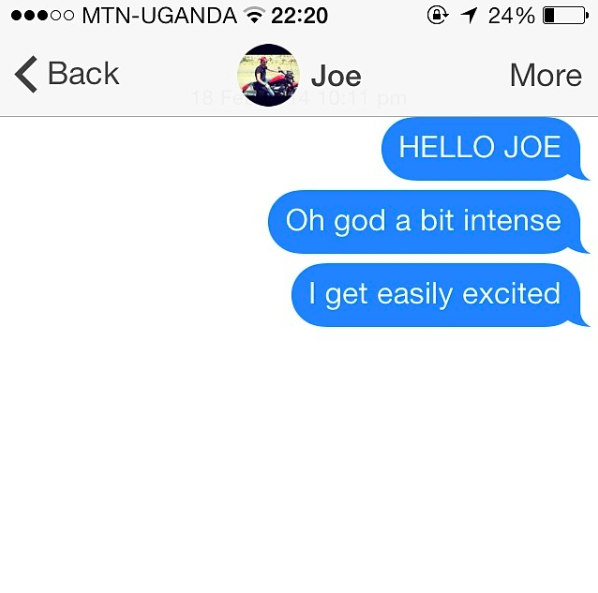 I started dating and eventually hit Tinder… With varying levels of success. 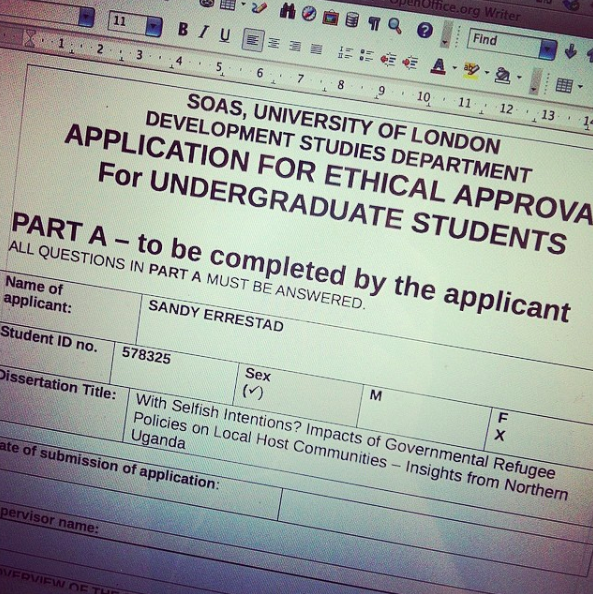 The final year of my undergraduate degree was coming up and I wanted to do field research in Uganda for my dissertation. I’d heard that our university had five scholarships available for undergraduate field research. As ever, I didn’t *really* think I’d get the grant but I contacted a professor back in London and asked her if she would be willing to supervise my thesis. She eventually agreed and I applied for the grant in order to go and interview South Sudanese refugees, Ugandan locals, and local governments on the impact of Uganda’s refugee policies in local host communities on the border to South Sudan. Looking back, it makes a lot of sense that they gave me the grant. I’d already been in Uganda for nearly a year and had many of the connections needed. Nevertheless, I was shellshocked and very proud and excited when SOAS emailed me and said I was one of the five grant recipients. 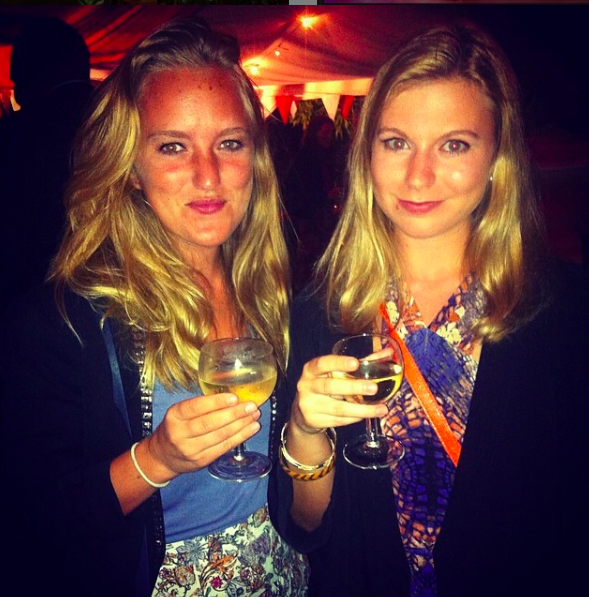 Isabelle, my first ever internet buddy from way back in 2006, came to Uganda for a few months to do field research for her dissertation and she moved in with Fanny and me. We didn’t know it at the time, but this was the beginning of a glorious and hilarious friendship between the three of us that lasts to this day. 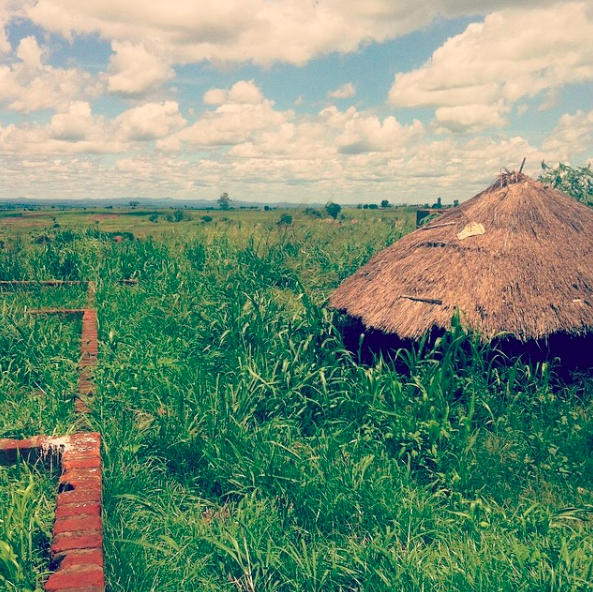 I went on about a zillion field trips that spring and saw more of Uganda than I’ve seen of Sweden.

I met people with extraordinary stories from different times of war and unrest, from Idi Amin all the way to Kony and the ongoing war in South Sudan. 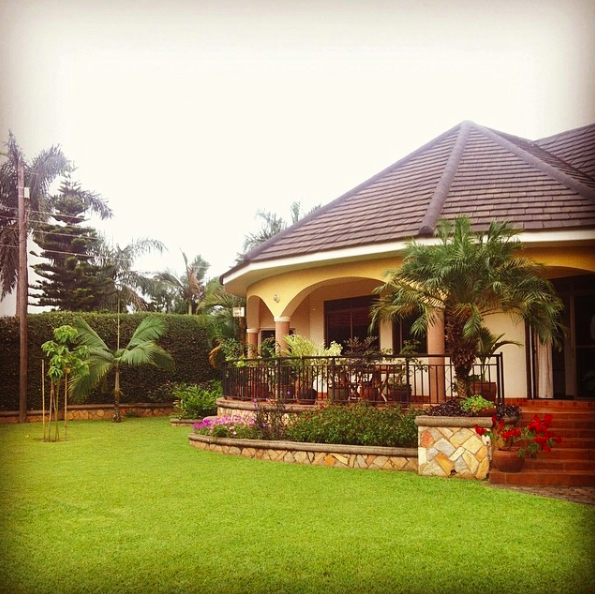 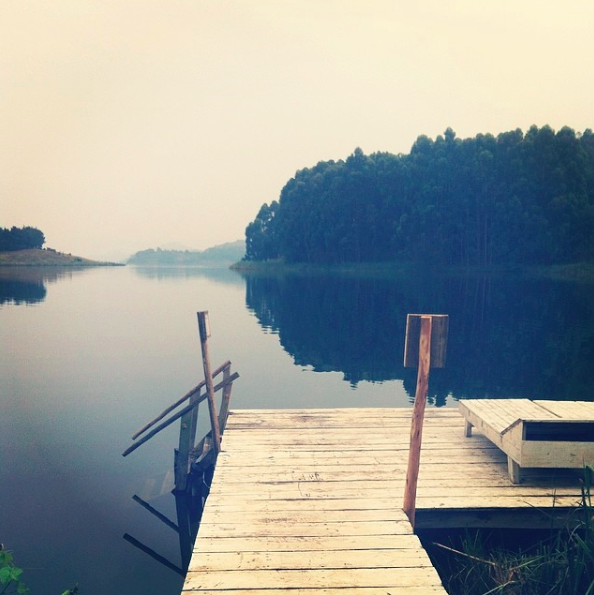 Patricia and Zemika came to visit and I once again got to see more of Uganda. I spent the rest of the summer preparing my dissertation field research, I started training with a PT at a local gym (which was located in an actual shed), and I started decompressing my year in Uganda. It’d been a wild year of learning, travelling, and partying, and I was longing for some peace and quiet. 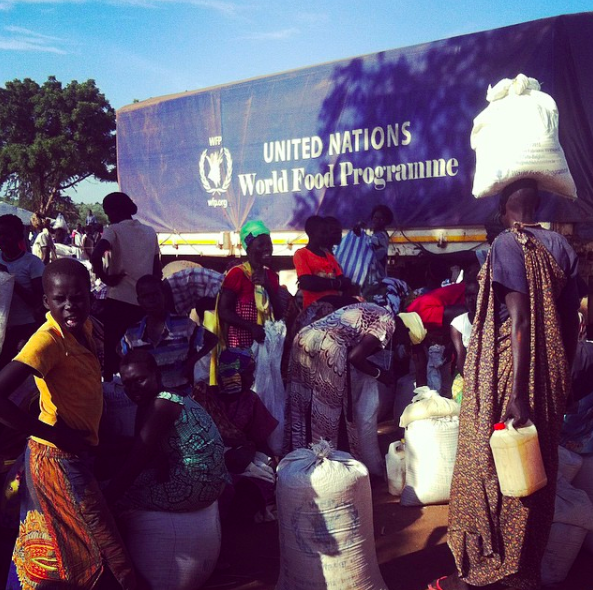 A few weeks before I was due to move back to London, I travelled to the border of South Sudan and interviewed locals, refugees, and local policymakers on the impact of Uganda’s generous refugee policy on the local communities. 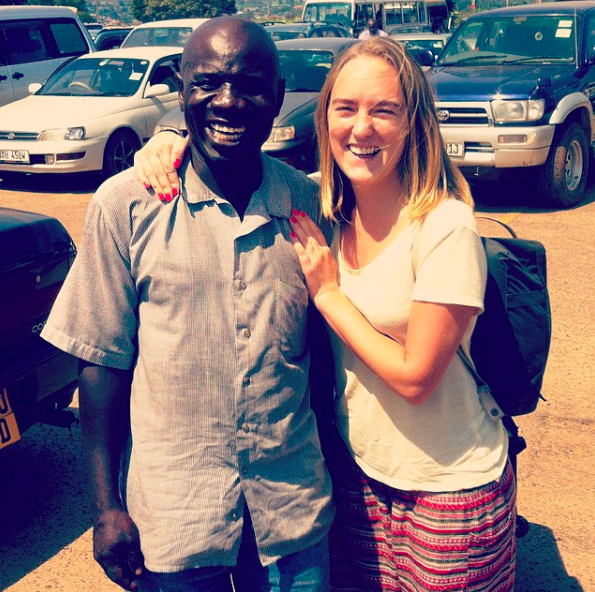 And then, a few weeks later, my boda driver took me to the airport one final time. I published the above photo on Instagram and wrote that ”I’m ending my year in East Africa 2013/14 with this picture of me and my boda guy Salomon because, like to a major Ugandan news outlet just stated, the most important man in the life of a young, modern woman is her boda driver”. It was true. Salomon took me to work every morning, but he also picked me up from bad dates (and some good ones), he came to get me from the club in the middle of the night when there were no other bodas around, and he told me what areas to be cautious of. He was phenomenal and made me feel looked after. 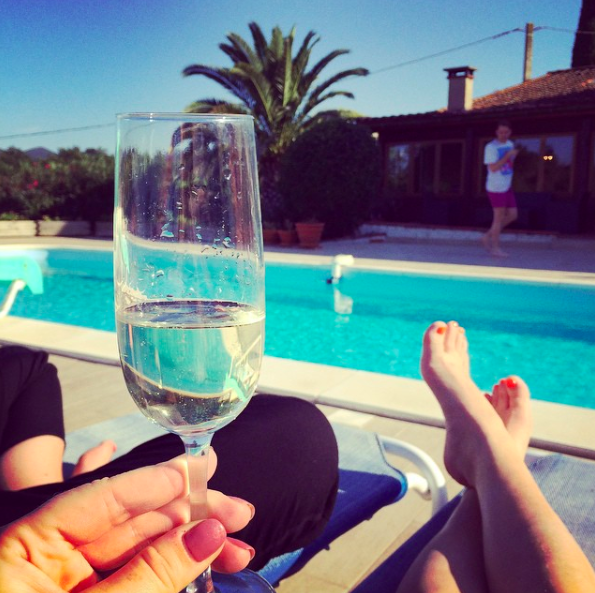 I went on a little Europe trip before moving back to London. I managed to fit in both Copenhagen, Sweden, and France, like here when we’re celebrating Kirsty’s 31st birthday at her parents’ house in France. 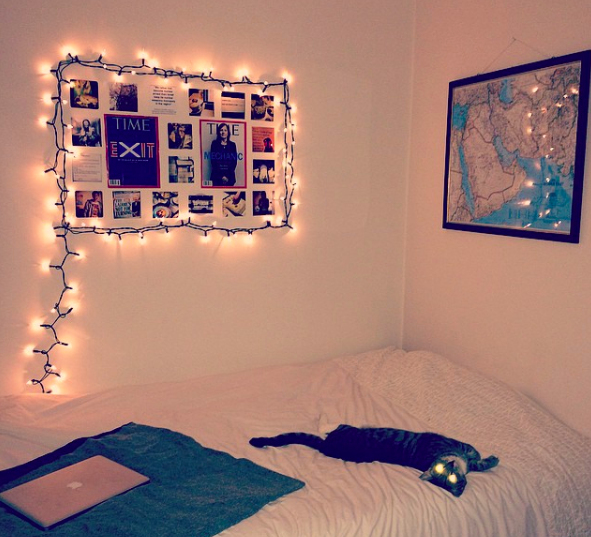 I moved into my new flat in London, a tiny two-bed that I shared with a lady who was obsessed with skulls. It was about as bizarre as it sounds. I was ready to make a home for myself but my flatmate and I weren’t on the same wavelength so it wasn’t ideal. But she had a cat and I spent a wild amount of time cuddling that cat, wishing it was mine hehe. 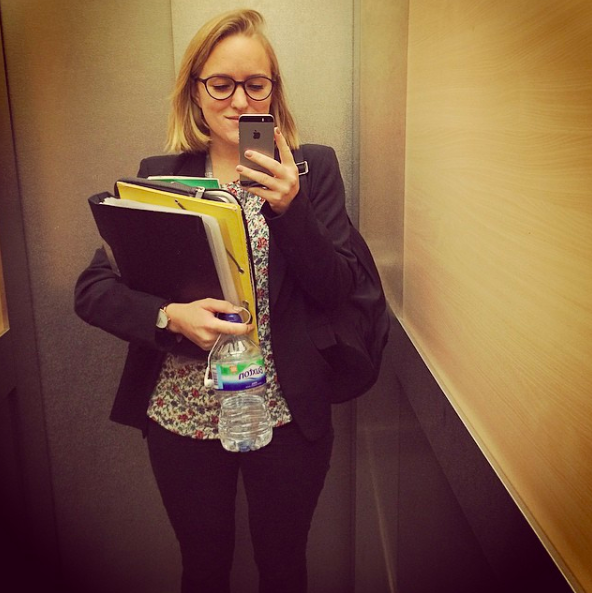 I was now in my final year at university and spent most of my time at the library. But things had changed from the last time around. I felt significantly older and like I was in a different place. I’d kept working for TransferWise throughout my time in Uganda and I was juggling that and other freelance gigs as they came up, and my year in Uganda had given me bucketloads of confidence and perspective. I still enjoyed university for sure, but everyone seemed so… Young. And they were. Most of the first-year students were six or seven years younger than me at that point and many of them mistook me for a PhD student, lol. 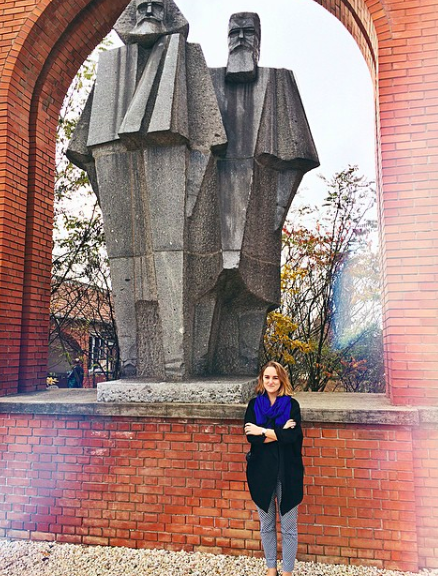 Ingrid and I went to Budapest for a weekend getaway. 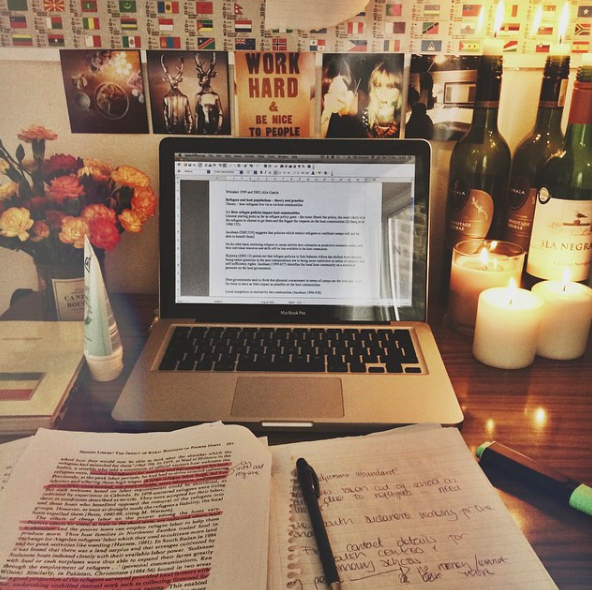 I worked from home whenever I didn’t have lectures and didn’t have to cycle the 14 kilometres to university. 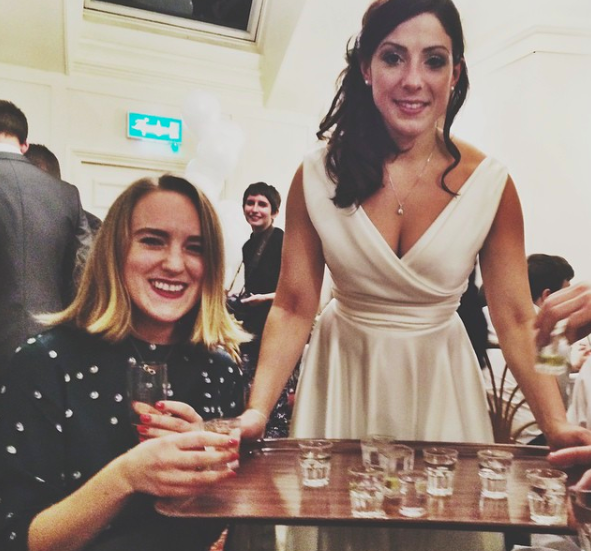 Donata, my TransferWise boss, got married and threw an amazing wedding party in the countryside. 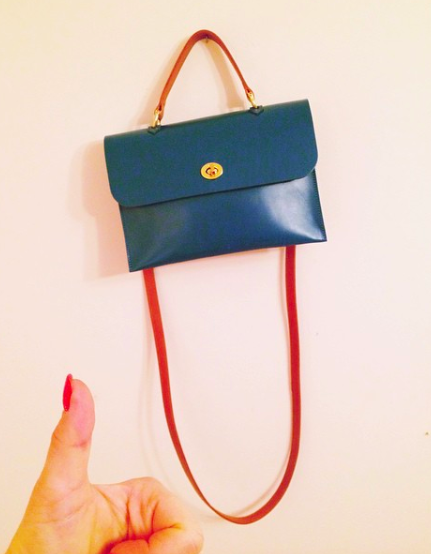 I quit smoking for six months and bought a Mimi Berrry bag with the money I’d saved… And then I sort of started again. Classic. 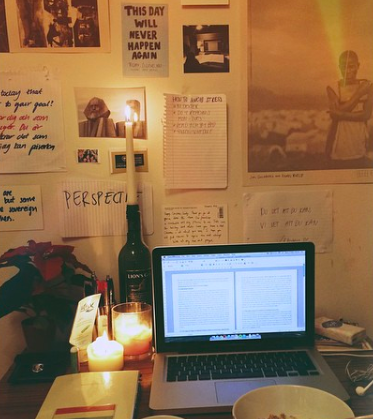 But more than anything, I was really just working. Work work work. I flew back to Sweden to celebrate Christmas and I had taken most of my savings and bought an entirely new wardrobe since all of my clothes from Uganda was either stained or patched up. I felt fresh and happy, so you can imagine what a nightmare it was when Norwegian lost all of my luggage and therefore 95% of all the clothes I owned. I was devastated, and all of a sudden very poor. I didn’t know it at the time, but Norwegian losing my luggage came to have far bigger implications than I could’ve imagined.

What an inspiring year! So fun to read, looking forward to 2015.

Thank you, I’m really happy to hear that you’re enjoying it!