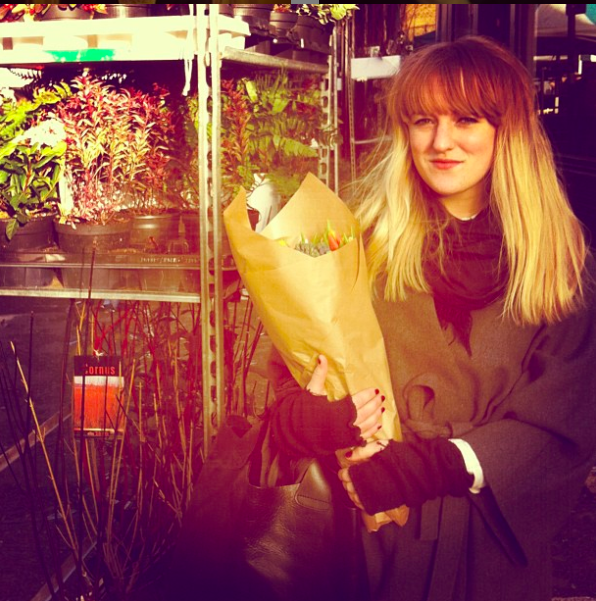 I had an unintentional dip dye (those were just my roots!) and I started going to the Columbia Rd flower market almost weekly. This is probably when my obsession with fresh flowers started. 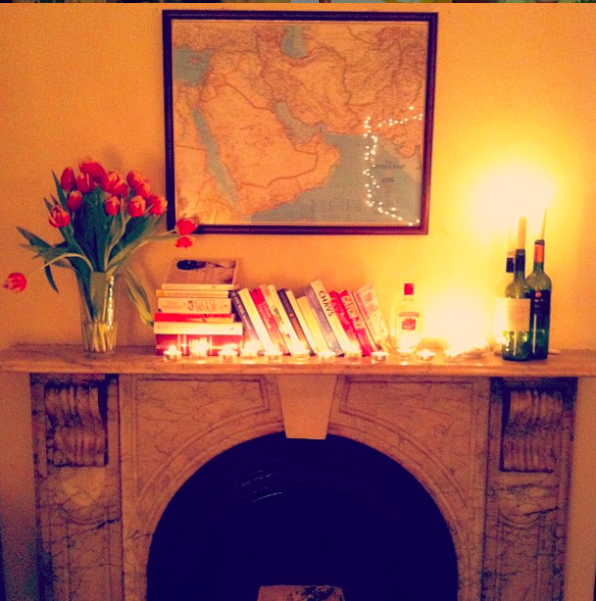 I was still living in my Stoke Newington flat and I loved having my own room with an open fireplace. It didn’t work, but that didn’t matter a single bit. It was my first own room since I’d left my Helsingborg flat five years earlier (my room in student halls aside) and having that freedom was something else. I loved my flatmates’ drug-infused house parties a little less, but that’s another story for another time. 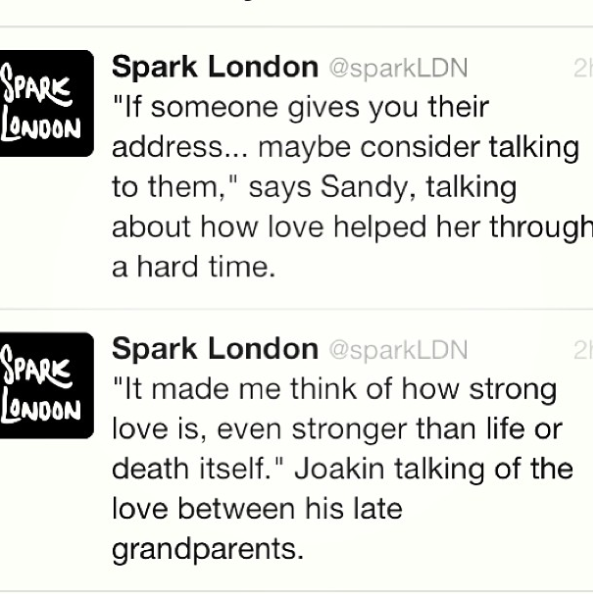 I appeared on Spark London, a stand-up reading event, where I talked about how Mr Penpal reaching out to me on my blog played a huge role in changing the course of my life. 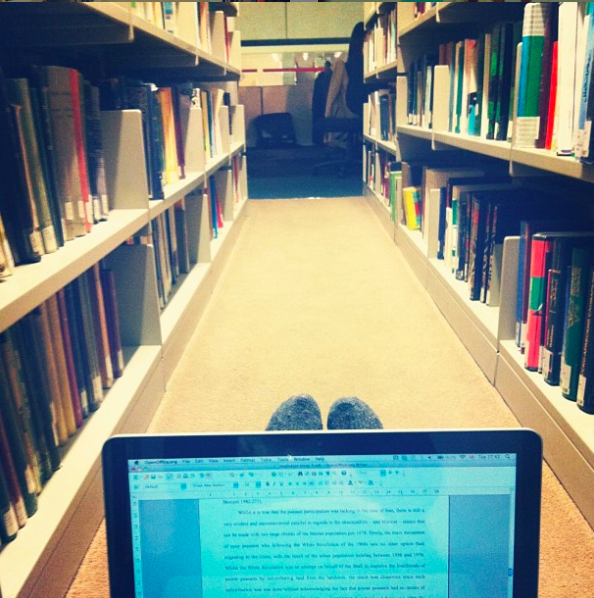 As ever, I spent a wild amount of time at the library. When thinking back, though, I remember less of the library and more of having a richer life than I’d ever had before. I visited restaurants, enjoyed decorating my room, bought flowers and plants, and even travelled a bit. 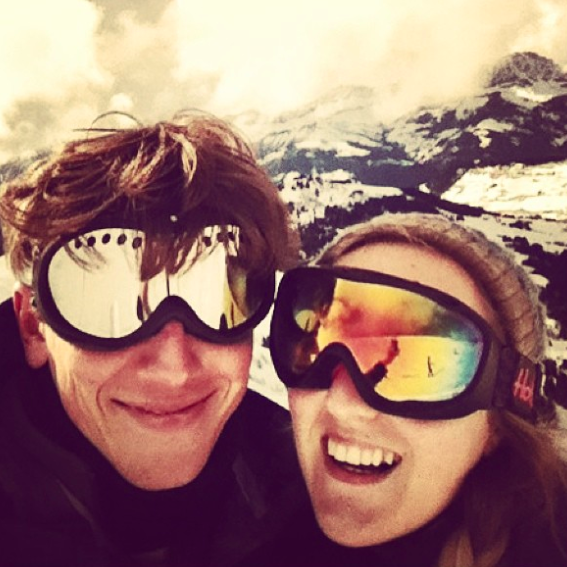 Like in March, when I went to visit Mr Penpal in the French Alps. He’d moved there for work for a few months and as a result, I got to go skiing in the Alps for the first time ever! 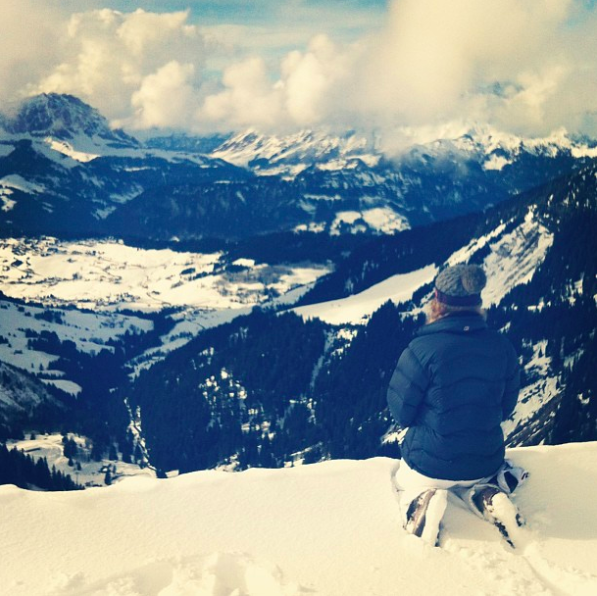 I didn’t grow up going on skiing holidays and it was crazy to me that I had built a life where I had the financial means to go skiing in the Alps.

This was also something I felt about visiting restaurants and even enjoying the odd cocktail. It was so far away from any life I’d led and having earnt enough money to actually do all those things felt amazing. I remember constantly thinking that I was the luckiest person alive.

Between work, studies, and visiting restaurants, I was also fine-tuning my CV and applying for internships. Sweden’s Ministry of Foreign Affairs offers internships at embassies around the world and I’d been dreaming of doing an internship at one of the embassies for years. I’d set my eyes on the Middle East, but for good measure, I also applied to the embassy in Kampala, Uganda.

I also applied for a summer internship in PR (!) at a fintech (!) startup. I didn’t know anything about PR and much, much less about fintech and the startup world, but the job ad was written in such a compelling way and all I could think was that I needed to get this job. It went something like ”The banks are taking people for a ride, and we need someone to help us let the world know”. I didn’t know much, but my studies had shown me that banks and other big institutions had taken many people for a ride for a long time, so I decided to go for it. I wrote my cover letter in 20 minutes, cycled to Shoreditch, and handed it in in person. I was asked to come in for an interview already the day after, and after a second interview with the CEO, I was offered my first ever internship in PR. Again, I couldn’t believe my luck. 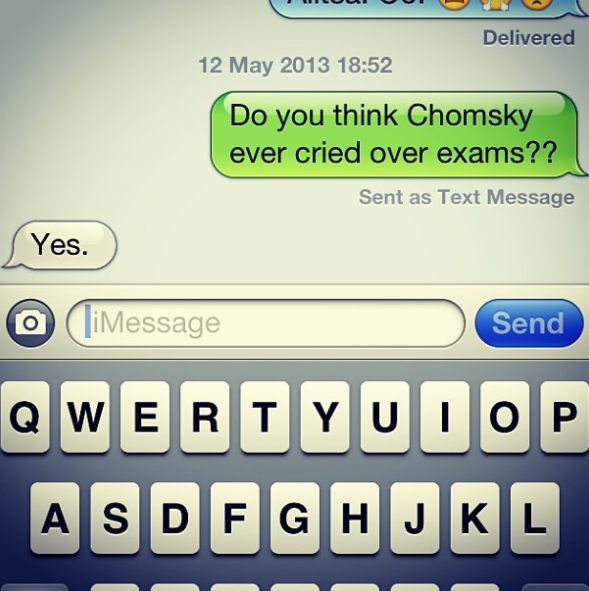 Meanwhile, I was preparing for my second-year exams and the fear was palpable. I tried to stay calm but, truth to be told, I was terrified. I’d studied hard throughout the year, even with all those restaurant visits, but somehow it felt like I hadn’t cracked the SOAS code. 95% of my work at Aberystwyth had been awarded a 1st class mark, but at the end of my second year at SOAS I’d still only achieved a 2.1 (which is the grade mark before a 1st). It was as though there was a trick that I wasn’t aware of. I later realised that ”the trick” that was missing was original thought as opposed to just building an argument based on what others had said, but original thought can be very elusive. I didn’t manage to crack it in second-year and ended up scoring a 2.1 overall. 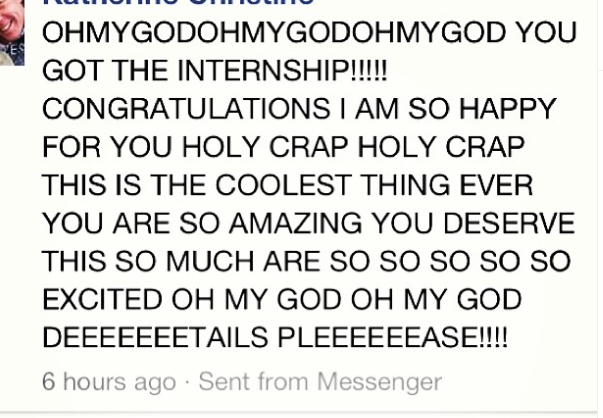 Any remorse I had about only scoring a 2.1 disappeared soon though, as I was offered an internship at the Embassy of Sweden in Uganda. It’s difficult to describe what this meant to me. My attitude, when it came to applying to embassies, SOAS, and everything else, had very much been that ”I will likely fail, but if I try with everything I’ve got, at least I know that I’ve done everything I could”. It was never once obvious to me that I would succeed. It kept coming as a surprise and it was a humbling and awe-inspiring experience every single time. But I felt very proud and happy. 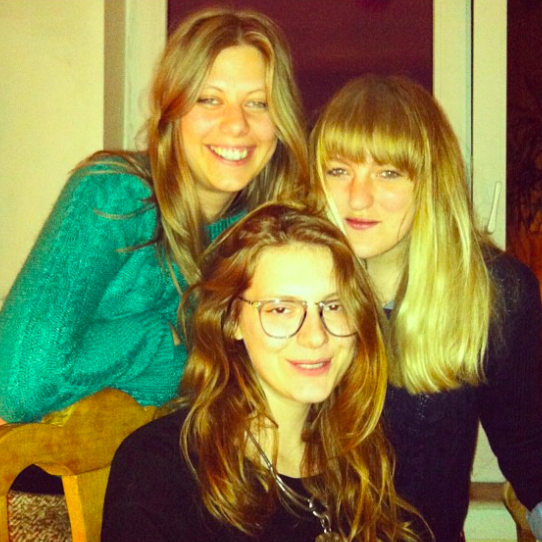 Patricia and I took the bus (!) to Brussels to visit Ingrid, a friend of mine who was a trainee at EEAS, the diplomatic service of the EU which is headquartered in Brussels. We spent the majority of the weekend talking politics and our various upcoming moves. Patricia was preparing a move to Istanbul and I remember thinking that I had the coolest friends ever, hehe. 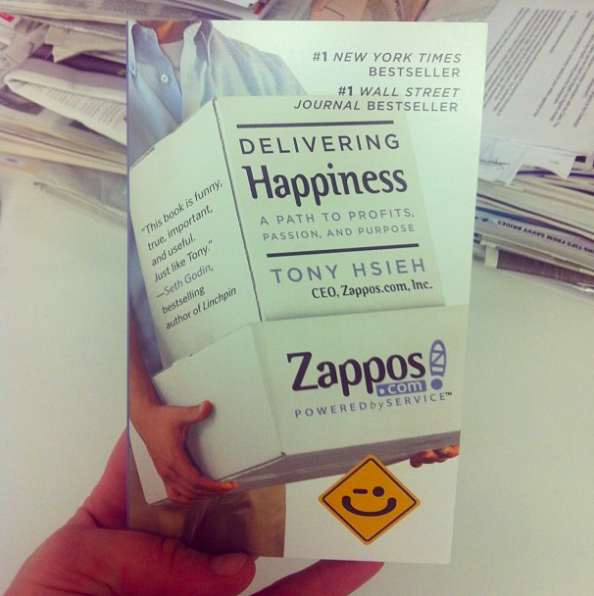 I had another four months left in London before moving. I started my PR internship at the fintech startup I was so excited about, and I was given this book by the CEO on my first day. It was an excellent book and I highly recommend it to anyone who is interested in building something great. Fun fact: the CEO of the first startup I ever joined is an angel investor in the startup where I currently work. Full circle! 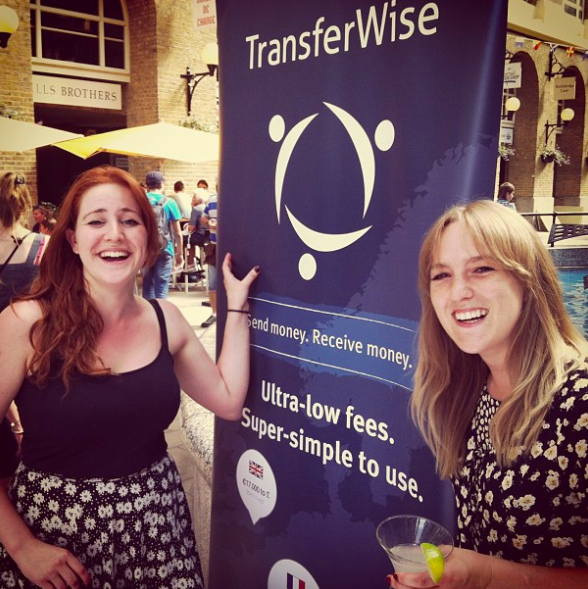 We were roughly 15 people in the London office when I joined and we had just raised $6m in our Series A. For context, TransferWise is today 2000 people strong and has raised $772m in venture capital. In 2013 it was still a nimble team and that summer I learnt all about developing compelling case studies, building stats banks and press lists, and pitching spokespeople to various conferences. 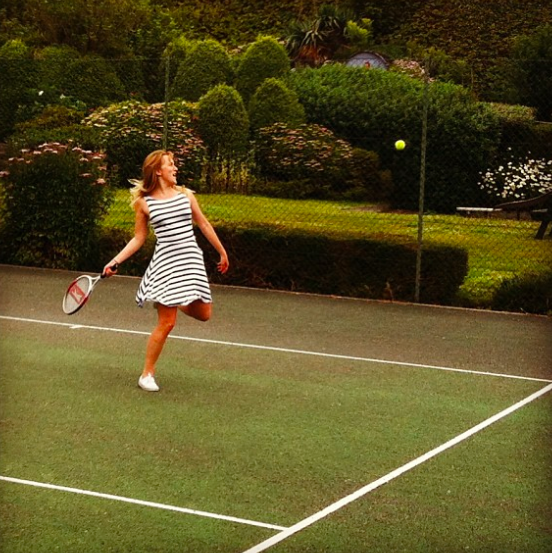 Mr Penpal and I had moved in together for the summer. We went to Cornwall with his family where we had a daily routine of tennis and ice cream, and we kept talking about him visiting me in Uganda. Still, something felt off. I couldn’t quite put my finger on what so I didn’t say anything, but something felt wrong. 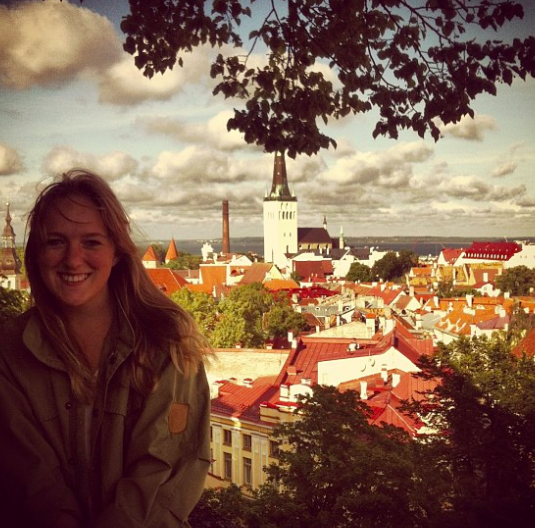 I headed to Tallinn a few weeks later for my first ever international and all expenses paid work trip. It felt like a milestone, and it was. I couldn’t wait to tell Mr Penpal about it, but when I got back to London he had quietly packed up his things and moved out. I wasn’t so much devastated as confused. It was only two weeks before I was moving to Uganda and I understood nothing. An even more confusing breakup followed over the next few days and I didn’t have the bandwidth to process it at the time. 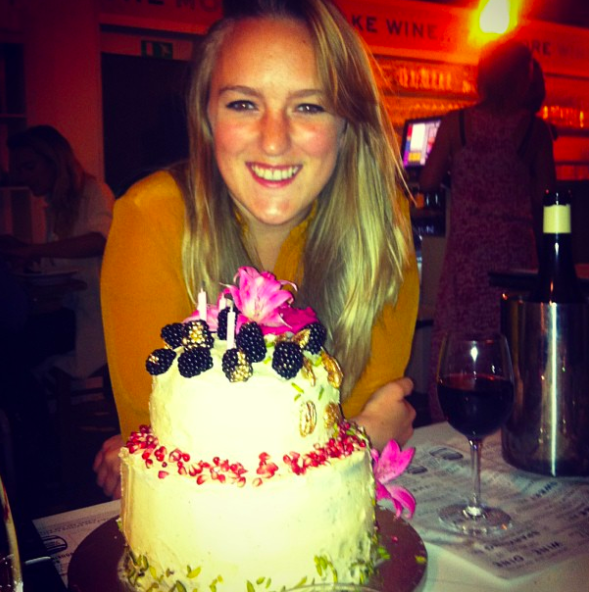 Instead, I threw a big leaving dinner with an even bigger cake for my friends and family in London. Ivy took me out for afternoon tea, I went shopping for office outfits suitable for an embassy environment, and I put my one suitcase of belongings in storage. 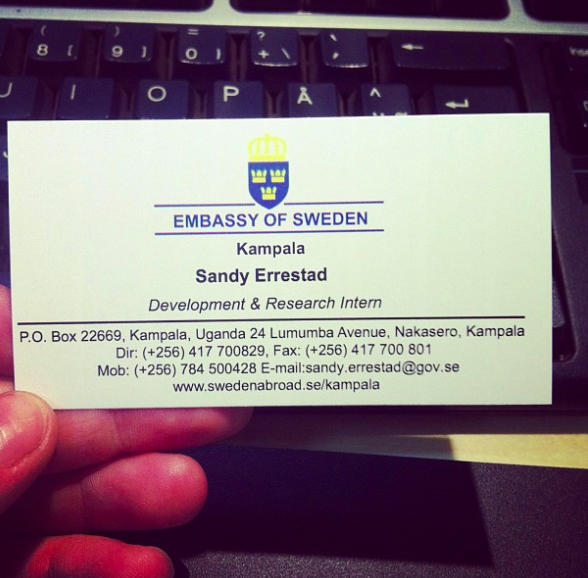 And then I moved to Uganda! I felt a little lost at first and I remember being insecure about my Swedish. It had been years since I spoke Swedish on a daily basis and I’d never spoken Swedish in a professional setting. 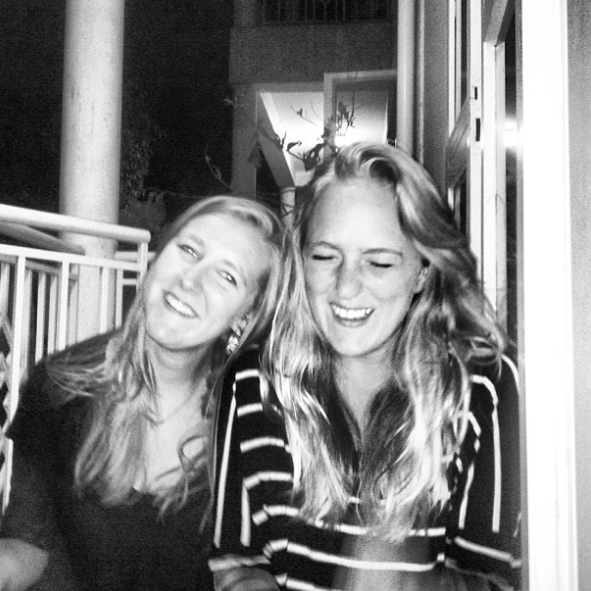 I found my place soon enough and I made a great group of British girlfriends. They are, to this day, some of the most fun I’ve ever had, and that autumn in Uganda is something I’ll remember forever. 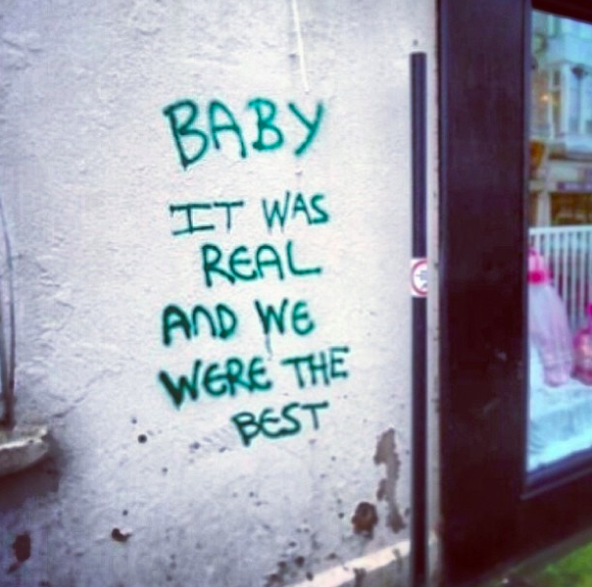 But as I was living my wildest dreams I had also just been dumped by my boyfriend of three years and I didn’t really know why. It was rough. I was sent back home from the office one day because I couldn’t stop crying. It came from nowhere, and once it had started, it didn’t end. I spent hours on Skype that autumn, crying to my dad and stepmum about my lost love. I published the above photo on Instagram and nothing had ever felt more true. 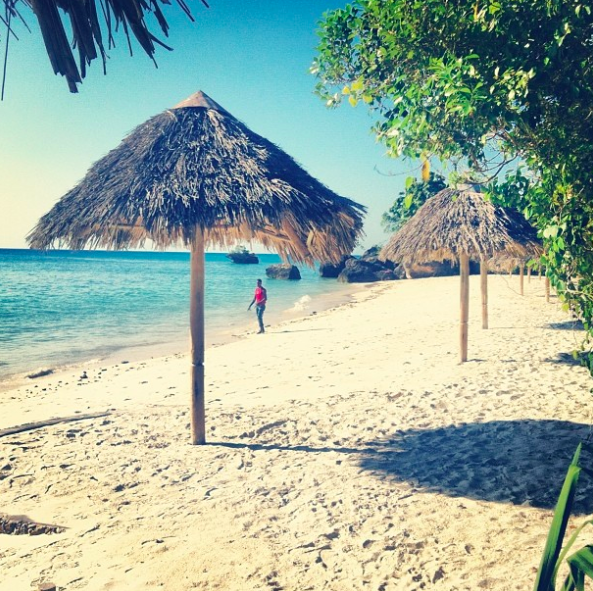 Things didn’t really get better, but at least I travelled to Zanzibar to visit my uni friend Claire who was doing a year abroad. We spent ten days exploring Stone Town, snorkelling, and getting to know Claire’s host family. 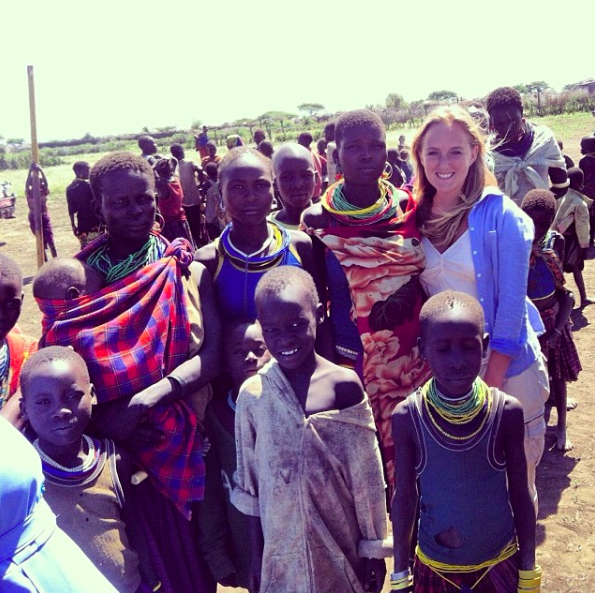 I went to Karamoja in north-eastern Uganda on my first field trip as part of a wider assessment of Swedish aid to and in Uganda. 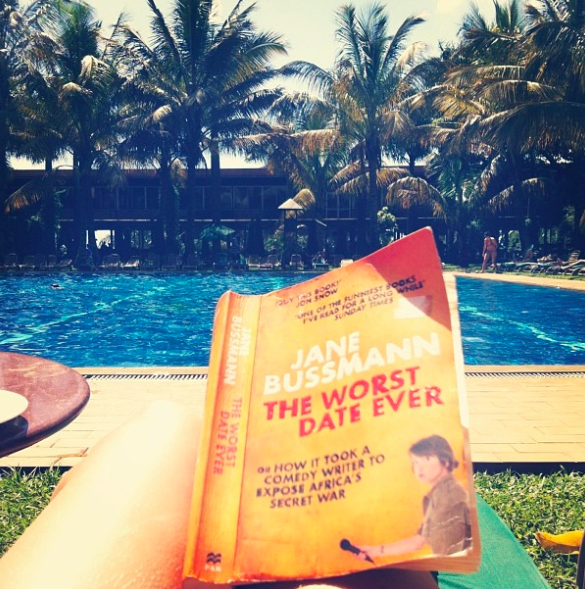 I spent many weekends by many pools and although it felt like I had just arrived in Uganda, I already needed to plan my next move. The original plan was to move back to London after my internship, but after the breakup I didn’t feel like I had anything to move back to.

I applied for more internships and was offered a position at UNFPA. Going from a diplomatic mission to the UN should’ve seemed wild but I wanted to stay in Africa and the UNFPA position was in Copenhagen. And as luck would have it, a paid position opened up at the embassy in Kampala. I applied and got the job, securing another eight months in Uganda. 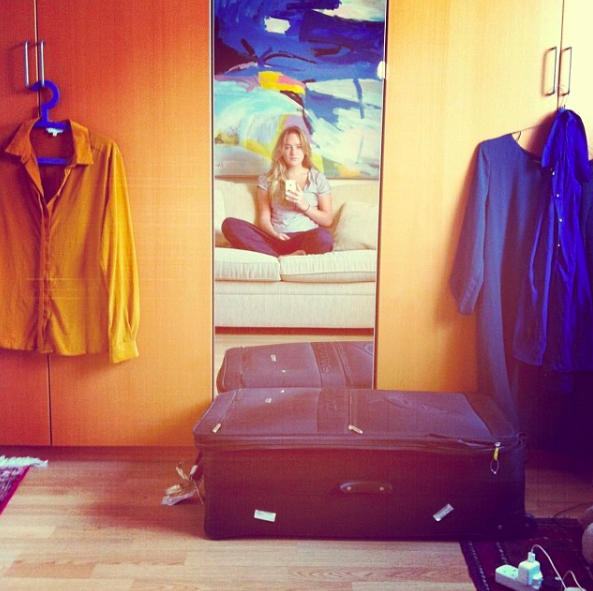 December came and I flew back to Sweden to spend the holidays with my family. I felt lost, like I didn’t belong anywhere. I lived on top of an Indian restaurant in Uganda and that was my life. My friends back in Sweden seemed amazed that I’d been offered a paid position at the embassy, which is basically unheard of for interns, and I was too. At the same time, I felt very lonely and confused. It was great to go to Sweden for the holidays, but it didn’t change the fact that I felt lost.