I was still in South Africa at the beginning of 2011, but only for a few weeks before I flew back to Europe. The initial plan was to fly straight back to Sweden, but I decided to not get on my connecting flight in Paris. Instead, my old boss from Sick picked me up in Paris and we did some work in France and Belgium buying fashion and furniture for the shop. It was a questionable decision, considering how he had treated me right before I left that job back in 2009. Ultimately, though, I wanted to get to London for a quick visit and once we finished up in Europe he drove me back to London.

Once in London, I did another photoshoot with the fanzine who did a feature of me when I left London seven months earlier. Hehe, it’s wild how seven months at that point seemed like *FOREVER*. Anyway, I think the real reason why I wanted to go to London was because I wanted to see Mr Penpal. So I travelled down to the south of England to see him.

A few days later I moved to Sweden to start university. I’d successfully applied to a few standalone modules at Lund University and I considered it pre-training before starting my bachelor that autumn.

Nicole and I moved into a 1 bed flat in Helsingborg. We’d lived together in London and I somehow managed to convince her that it would be a great idea for her to move with me to Sweden, share a flat in Helsingborg and study in Lund. That was an excellent idea and resulted in an equally excellent spring.

I discovered exercise and started eating. It sounds bizarre and I know I must’ve eaten something before, but I generally tried to avoid food for years. In 2011 that stopped as I started going to the gym several times a week. Living with Nicole also meant that we started cooking, and for the first time in many years I formed a healthy eating habit.

I studied like a crazy person. I put notes all over the flat to encourage me to study more. The dream was to work in diplomacy and I knew it would take a lot of hard work and many late nights of studying to get there. I wasn’t interested in ”working smart”, at the time I was only focused on working hard and putting as many hours in as possible. In February I heard back from  Aberystwyth University in Wales and they gave me an unconditional offer to do a Bachelor in International Politics. It was decided, then. I was moving to Wales in the autumn.

When I wasn’t studying or exercising, I was on Skype talking to Mr Penpal. I went to London to visit him during a sunny weekend in March and he showed me London by day. I’d previously mainly seen London by night, even though I lived there for two years, so it was like discovering a new city. We went to the Tate, we went out for brunch and dinners, he took me to Foyles (which, to this day, remains my favourite shop in the entire world) and we had a great time. So great, in fact, that he came to visit me a few weeks later in Helsingborg. 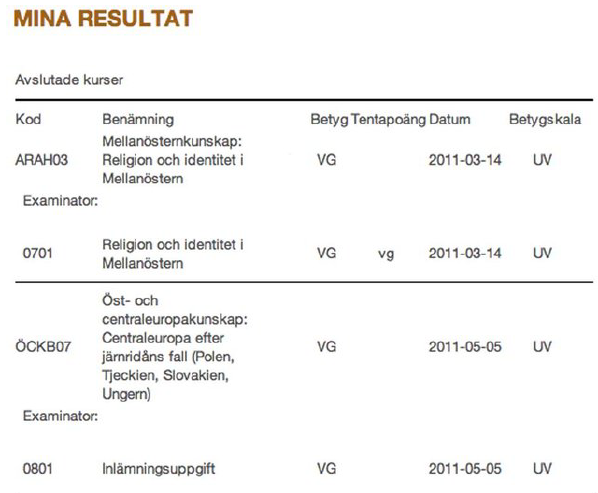 I handed in all my course work and scored a perfect 1st class in all my modules. To say I was relieved was a bit of an understatement.

And in the middle of all my exams, Mr Penpal asked me if I wanted to move in with him, in London. Moving back to London was not part of my plan, but I wanted to be with him more than I didn’t want to be in London. Much, much more. So I moved back to London, just for the summer. And it was great!

I discovered a new London that summer. I started working at Fika, the Swedish restaurant, where the owner would become one of my closest friends (and still is). I bought a bike and cycled everywhere. I went for brunch, went swimming in the Heath, went to concerts at St Paul’s, and much, much more.

I went to Cornwall with Mr Penpal and his family.

And then I finally moved to Wales. Mr Penpal drove me and literally every single one of my belongings (I didn’t have many) to halls in Aberystwyth, Wales. I wanted to get as far away from London as possible, and my wish was granted. It took more than seven hours on two different trains to get from Aber to London.

Aberystwyth wasn’t what I had imagined. I was yearning for likeminded people who wanted to dig into the course literature and discuss everything from the Arab spring to neoliberal discourse. But the great majority of people on my course were 18 and had just moved from home. They were mainly interested in the £1.50 pints. And the fact that first-year grades in the UK university system don’t count towards your final degree didn’t exactly help.

I felt pretty lonely, but at least there was a girl in my halls who had a similar experience. She was a bit older as well so we stuck together in many ways. Still, I missed London (!) and it started to sink in that I would spend three long years in Aberystwyth. So I visited London whenever I could, which was just twice during the autumn, and spent the rest of the time buried in my books. 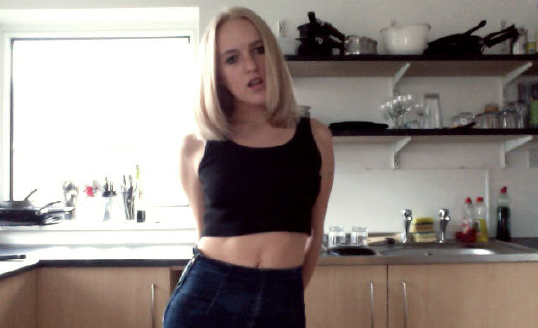 I also managed to find some time to bleach my hair and chop it off. 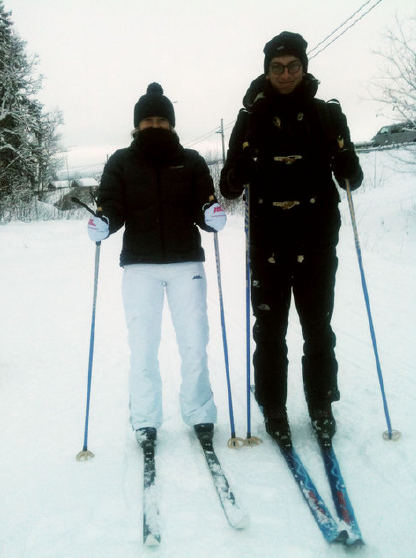 And over Christmas we went skiing in Åre. My brother lived in Åre for years so we stayed with him and his wife and it was a wonderful Christmas. I spent the rest of the year in the library of the London School of Economics and started cursing the fact that I’d chosen to study in Wales. And somewhere a little seed of change had started to grow. Dropping out of university was certainly no option, but perhaps there was another way. And with that seed I entered 2012.